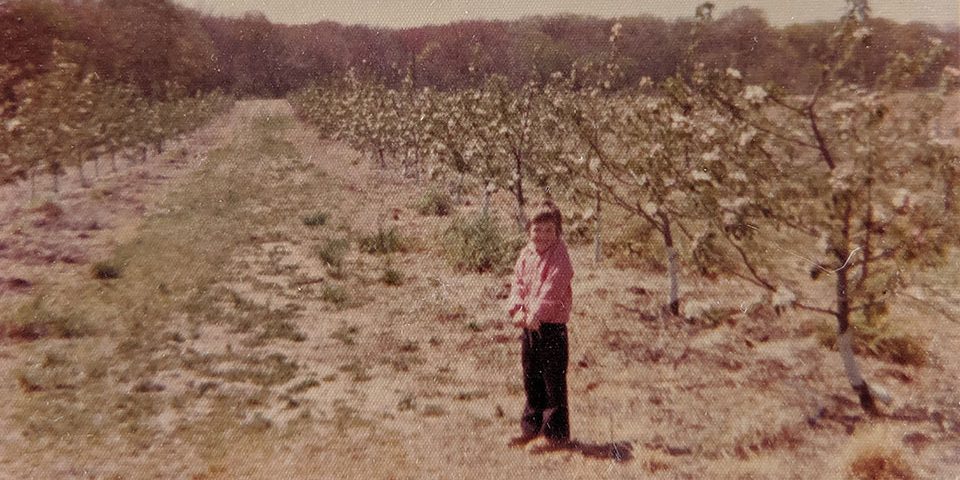 A Walk Down Memory Lane With Amy Halsey

“If you had asked me when I was a kid if I wanted to be pulling weeds and playing in the dirt for a living, I would have said, heck no!” stated Amy Halsey, of the Milk Pail in Water Mill. “But I actually love it. I love being outside, being in the soil and watching things grow. I think it’s nothing short of miraculous. Watching the little leaves unfurling from a tree, the grass turning that bright, deep green, the blossoms blooming, the bees knowing they’re supposed to be here, and the animals having their young is exciting to me and yet.” She added, “It also makes me realize how minute we are in the big picture.”.

A 12th-generation Halsey, Amy Halsey-Cohn and her sister Jennifer Dupree are co-owners of the well-known farm market and U-Pick on Montauk Highway in Water Mill, which celebrates its 50th year. The two sisters took over the business from their parents, John and Evelyn Halsey, when they retired.

“My father wanted to be a dairy man his whole life and went to college to learn but my grandfather, Everett Halsey, a potato farmer, said he was crazy and would never find a woman who would want a stinky old farmer,” she said. But John Halsey has a dairy farm for nine years, and during then he met Evelyn Halsey at the Blue Moon bar that was in Southampton. It was on their honeymoon that they imagined a small retail store, the Milk Pail, to sell their milk and vegetables.