“In the Same Canoe” as Animal Husbandry alumnus Tim Bontecou ’73 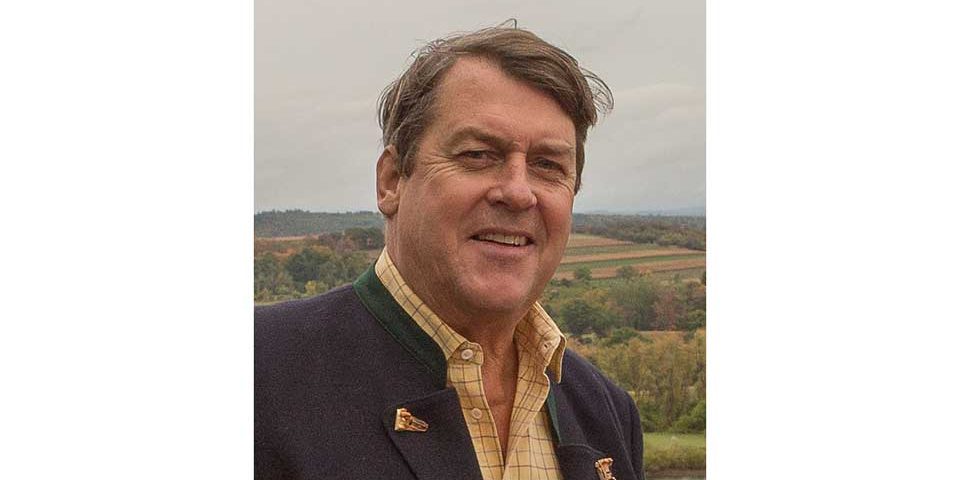 In the Same Canoe

Sitting down with Tim Bontecou for an interview, I kept returning to the word “folksy.” So I looked it up. Some of the descriptors included unpretentious, down-to-earth, modest, affable, neighborly, low key comfortable and informal. And that’s exactly what I found in Tim. There are few people who perhaps better encapsulate the culture and customs of Dutchess County than Tim Bontecou. A native of the county, he is the founder, president and co-owner of Tamarack Preserve. Tim served on the Dutchess Land Conservancy’s (DLC) Board of Directors from 1991 to 2013, which he chaired from 2005 to 2013. He rejoined in 2016 and currently serves on the DLC’s executive, conservation and education committees. Few residents are as deeply-rooted and committed to the area as Tim. He participates in a variety of local organizations in various posts, among them: the Berkshire Taconic Quest for Excellence Fund (Quest) at the Webutuck School, the Bank of Millbrook, the Cary Institute of Ecosystem Studies, the Dutchess County Soil and Water Conservation District, the Dutchess Day School and the Millbrook Hunt. For this dedication, Tim was honored with the Good Scout Award by the Boy Scouts of America.

“My grandparents came up here in 1926 from Rye. My grandmother went to Vassar and was a big rider,” Tim begins. “They heard of a fledgling fox hunt happening here in the Millbrook area. So, they bought some land and then bought some more,” he says with signature matter-of-factness. “It was the riding that interested them in the area and farming became an off-shoot.” Today, the family’s 2,000 plus acre Rally Farms is one of the largest and oldest Angus farms in New York State, known for using innovative practices to protect and enhance natural resources. Tim and his siblings worked on the farm growing up. “As soon as you can reach the pedals of the tractor, you’re out there,” he says. After attending the Dutchess Day and Holderness schools, Tim headed to SUNY Cobleskill to study animal husbandry and then to NYU for biology. But, he’s quick to note he was “not cut out to be a city boy” and returned to Millbrook, where he worked at the family farm and in real estate before founding Tamarack Preserve in 1991.

Now a popular private sportsman’s club, Tim began Tamarack to utilize some of the family’s forested land and raise funds for the farm. “One of the real strong points of the DLC is [we] work very hard with landowners to ensure that the conservation easement that they place on their land, reflects the landowner’s wishes,” he says. “We would like to know what you would like on this property for perpetuity and we work with you to achieve that… as perpetuity is a very long time.” For Tim this meant placing a conservation easement to forever protect 300 acres of Tamarack Preserve. “We have about 400 members. Some are associate members who dine and shoot clays and others are full members who hunt as well. It’s different every season and I’ve met a lot of really nice people,” he says. “We have a very good chef and have provided a place where people can come and enjoy the day.”