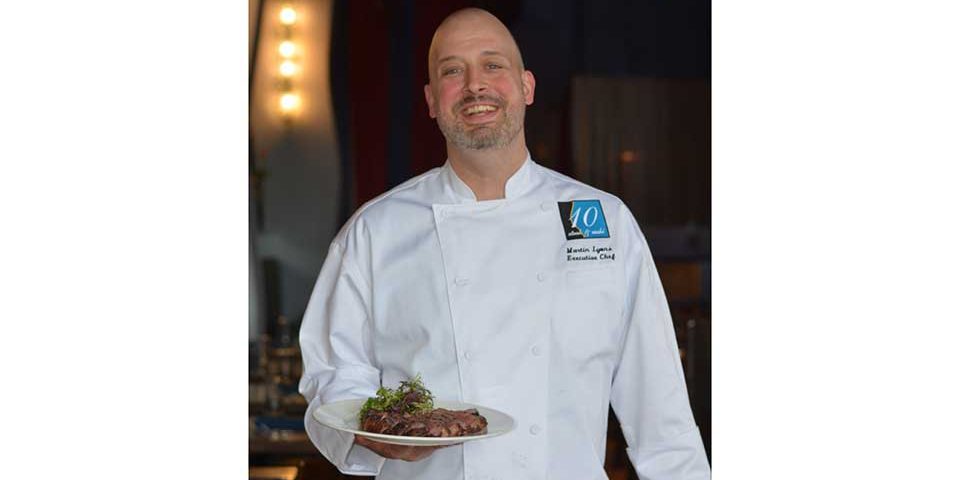 After working as head chef at XO Café several years ago, chef Marty Lyons is back with Chow Fun Food Group, heading up the kitchen at Ten Prime Steak and Sushi restaurant. He’ll be celebrating one year there in the fall while bringing small, positive changes to the menu, and he’s also honoring a personal change he made a year and a half ago: to quit drinking..

Working in restaurants, alcohol consumption is the social norm. It makes up an average of 30 percent of an establishment’s sales, and having a “shift drink,” or going out for drinks after work is often part of the ritual. In 2015, the Substance Abuse and Mental Health Service Administration reported that employees in the accommodations and food services industry had the highest rates of substance abuse out of the entire American workforce.

Over the last year, Lyons has worked hard to break himself away from it. He grew up in upstate New York, where his mother was a cook at a local diner. “I started cooking with my mom at church breakfasts when I was sixteen or seventeen,” he says. “It’s a very small town, and my mom was a diner cook when she was pregnant with me.” He was approached to work at a café in his hometown of Whitehall, New York, as a teen, and then attended culinary school at SUNY Cobleskill. The head of the culinary department there encouraged him to continue his education at Johnson and Wales University in Providence, and Lyons chose to remain in the city after graduation.