Exploration for the Sake of Education 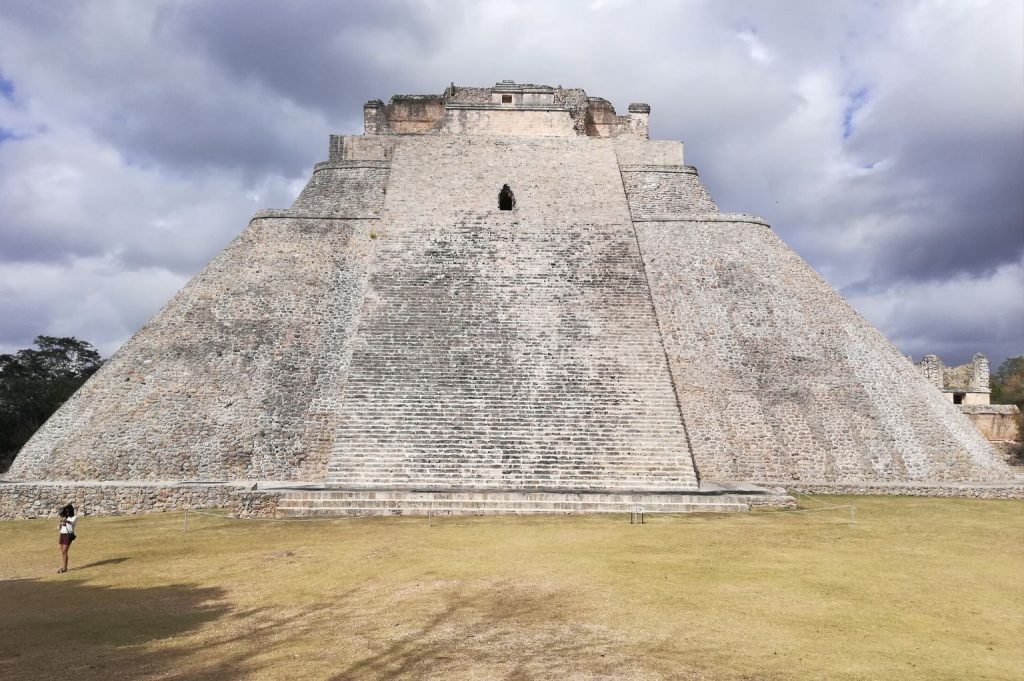 Across the Yucatan Peninsula with Chef Buerker

For years Keith Buerker has been venturing south to Mexico, searching for the types of meals, food knowledge, and seasonal escapes that are hard to come by in the Mohawk Valley. He has traveled the country extensively, wrapping his head around the ins and outs of one of the world’s leading influencers of cuisine.

The travel is as much about leisure as it is the quest for information; each visit provides chances to savor both friendships and flavors. For as much time as Buerker has spent in Mexico, there is always room to try something different.

For five weeks, until the Covid-19 pandemic brought him back stateside, Buerker set forth across the Yucatan Peninsula. His destinations were the coastal cities of Campeche, Merida, Cancun, and Tulum, plus the island of Cozumel. He was out to find more on this trip than in any he had made in the past. 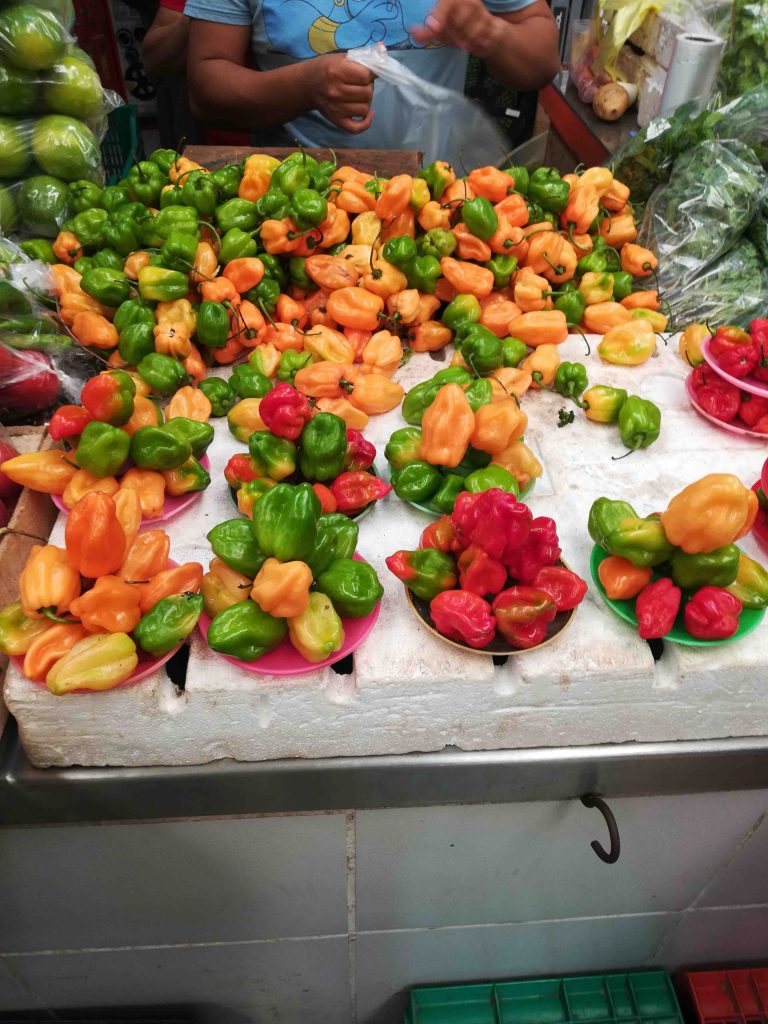 Chiles: A focus of Chef Buerker’s travels due to their availability. Markets are sourced with an abundance of varieties, each with distinct flavors and levels of heat.

“I had a few different goals this trip; it wasn’t just a culinary trip. I wanted to learn more about some of the regional agriculture and production of ingredients, not just the cooking. I had it in mind that I’d be able to bring some business and food marketing knowledge back to the classroom.”

There are a couple of prerequisites to this kind of mission – common sense type things, but things you must acknowledge. One, you have to exit your comfort zone. Two, you have to appreciate not having all the answers.

“I am still learning myself after all these years of travel and in kitchens,” says Buerker. “Especially when you are trying to focus on not just the food itself, but the tourism, the local economies, and how to use products for different applications. I need to still be learning myself in order to then get it back into the classroom.” 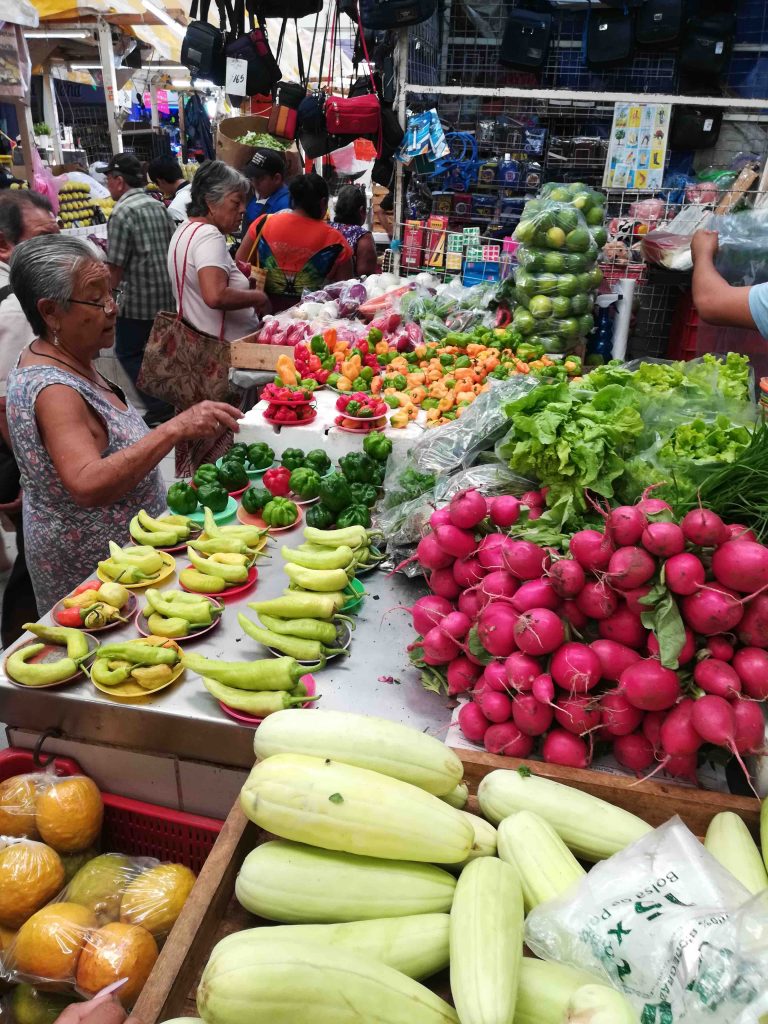 There is a common misconception about food that shows just how set in our ways we can be. It is true even with foods with which we may not be all that familiar.

In Mexico, Buerker was intent on eliminating this reality – at least for his students. He decided to do it with a blog available to any reader. He had a built in audience (of students) following his travels, and, though he’d never thought about chronicling his travel before, it was easy enough to blend the research and reading he himself was doing into engaging stories.

The blog started in January, and though its author has long-since returned home, it is still going into May. There are posts about individual ingredients and cooking styles, as well as the market experience and local agricultural techniques. Buerker winds himself into his posts, though mainly he is just a student exploring a peninsula-sized classroom. Particularly for students, one of the blog’s key messages centers on the evolution of the consumer. The modern diner is more informed than ever before, expecting and seeking out new things and asking informed questions. Food service professionals need to be on their game. 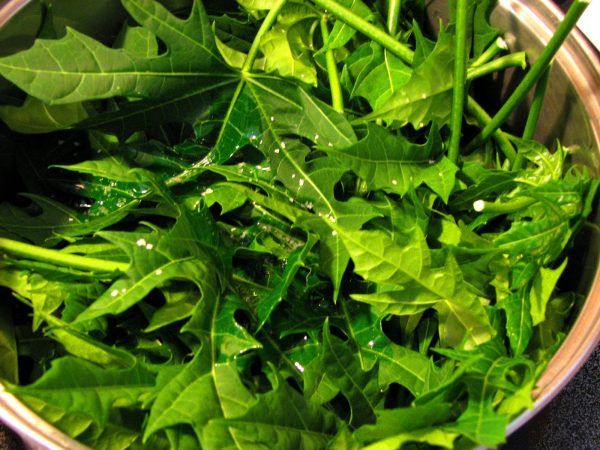 Chaya leaves contain toxic hydrocyanic glycosides — but cook them for a couple minutes, and this “tree spinach” becomes a favorite ingredient in Maya cuisine. It was also one of Buerker’s favorite discoveries.

“It isn’t just about different products, but different uses of products. There are so many new things coming across the border that, to meet the needs of the consumer, you need to be informed of the story behind the food. You do that by absorbing knowledge from all populations.” 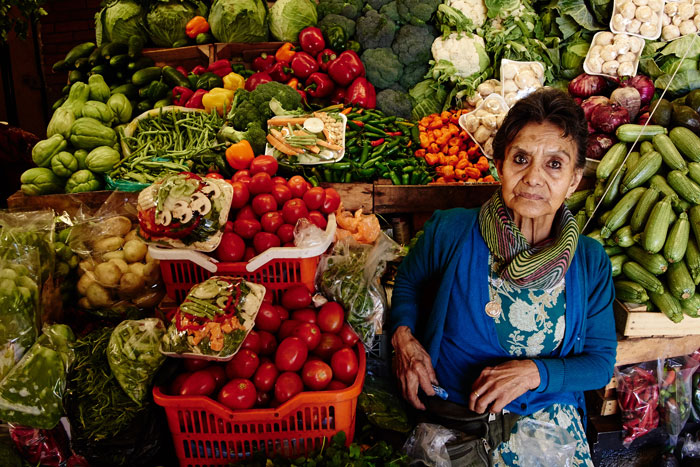 The scene from a vendor’s station. Chayote, the cucumber-like, melon-resembling squash that has recently become available in many American markets, is located in the top left of the display, next to the green beans.
After placing his dinner order one evening, the chef and owner of the restaurant Buerker was visiting invited him behind the restaurant, to a garden area sourcing many of the ingredients found in the dishes on the restaurant’s menu. As the two chefs spoke, they formed a food-focused friendship.
Buerker recalls how the conversation literally brought farm to table. It was as if he himself was a student – the perfect student – wide-eyed at the produce he was seeing and enthralled by the robust flavors of the crops he was sampling.

After dinner, Buerker would return to his hotel room and fire off an email to Plant Science Professor George Crosby. “Is this something you’re familiar with?” “Is this like anything you’ve seen before?”

His questions were about plants like hoja santa (an aromatic herb with large, peppery leaves often used as a wrapper for tamales or cooked protein) and epazote (the perennial herb known more for its medicinal benefits than its use in cooking). For the most part he was able to rely on his own knowledge to explore things like the dozens of varieties of chiles, and chayote (a squash that more resembles a melon in its appearance and a cucumber in its taste).

The evening encapsulated the mission of the five-week adventure. It was about friendship and experimentation, but also about gaining the knowledge to bring back to SUNY Cobleskill students.

“I learned so much and saw so much that will really benefit my students. And I can say that because of how much it’s benefited me.”