A destination for scholarship of the highest quality 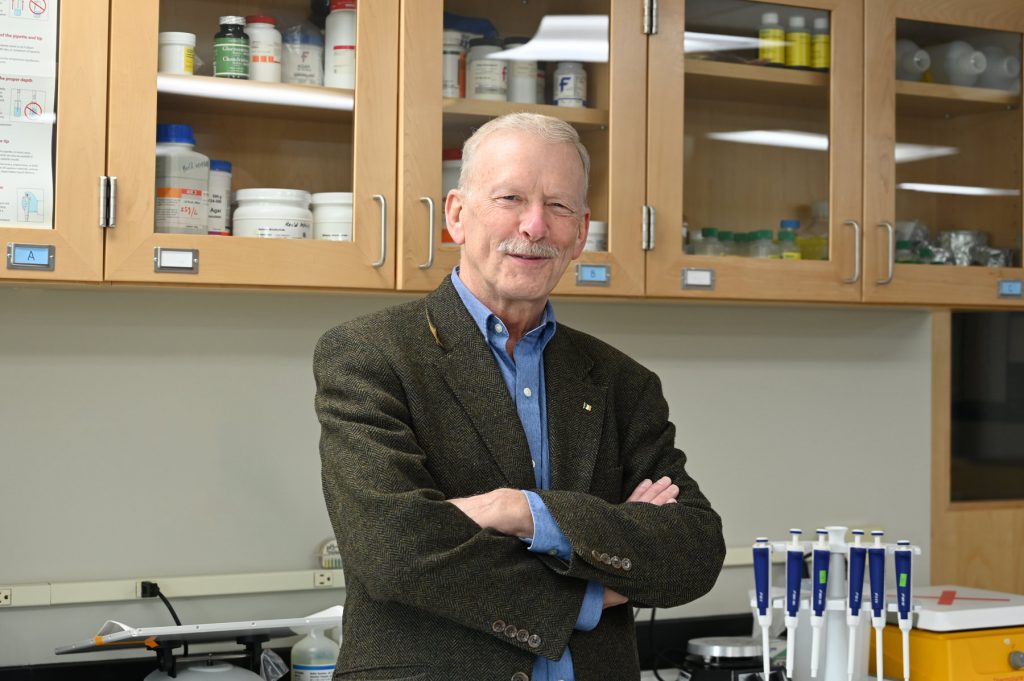 SUNY Cobleskill Professor Emeritus Dr. Michael J. Murphy will be heading to Bratislava, Slovakia this fall, as a recipient of a Fulbright Senior Scholar award from the Fulbright Foreign Scholarship Board under the auspices of the US Department of State. Murphy, who earned his first Fulbright Senior Scholar award in 1997, will be teaching and consulting in biomedical ethics at Bratislava Medical University.

The accelerated pace at which emerging technologies are entering the biotechnological and biomedical landscapes is at the heart of his pending scholarship. In some cases, new advances and discoveries can be categorized as “dual-use” – with the troubling possibility of nefarious use, as well as ethically sound application. Through his work, Murphy will emphasize how to engage in ethical practice, as well as illuminate guidelines in place for global professionals in the biomedical industry.

“I have always been interested in philosophy and emerging technologies,” says Murphy. “And I have an interest in how governments address biomedical ethics and ethicists.” Murphy will be collaborating principally with Dr. Josef Glasa, head of the Institute of Healthcare Ethics at the Slovak Medical University. Glasa also represents Slovakia at the Council of Europe’s’ Bioethics Committee in addition to liaising with the European Union. As the creator/developer of SUNY Cobleskill’s nationally and industry-recognized Biotechnology Program curriculum, Murphy’s focus on providing a strong foundation in ethics predates both of his Fulbright awards. Still, both disciplines are prominent in his Fulbright activities – including his ’97-’98 scholarship in the Czech Republic and the Czech Academy of Sciences.

“It was important in developing a curriculum for the College to provide a holistic ethics course that emphasizes following regulatory processes, and the ethical reason that they are in place,” says Murphy. Ethics remains a major component of SUNY Cobleskill’s Biotechnology Program curriculum, and influences other Natural Science program curricula, including Health Science Studies and Histotechnician.

“The nature of the (Biotechnology) Program is constantly evolving,” says Murphy. As we have incorporated newer technologies, and as science has progressed, our program has advanced hence, the ethics component must advance with it… The program is designed for students to be more than just technicians; students are given the materials they need to form a moral compass that stays with them as practitioners.”

Murphy adds that the College’s agricultural setting and its resources have provided access to living organisms – namely crops and animals – that have helped the program flourish. This is especially true as it relates to research opportunities.

His upcoming collaboration with Dr. Glasa seeks to further-develop a comprehensive understanding of newly-emerging perspectives in biomedical ethics. While this understanding will be of benefit to the host university, it will also support the needs of both the Slovak and the US governments, including additional collaborations among institutions, including SUNY Cobleskill. The undertaking highlights Murphy’s role as a global citizen, as well as what he identifies as the role all Fulbrighters play as “citizen-diplomats.” With their status as Fulbright scholars, it is an understanding and expectation that awardees act interculturally, to support our global community, and promote mutual understanding between the United States and the world.

To compliment his citizen-diplomacy and, in many ways, to help shape it, Murphy turns to the art of performance. It is especially evident in his teaching.

“Performance is teaching, and teaching is performance – the inflection, the reactiveness, and the understanding of an audience,” says Murphy. It is especially important in teaching in cultures not (our) own. Though he will be teaching in English, as part of his scholarship Murphy is currently studying the Slovak language, and plans to immerse himself in local culture. In celebration of Murphy’s 20th anniversary as a Fulbrighter to the Czech Republic, he performed in a concert of classical music for the Czech Fulbright Commission at Charles University to raise funds for a charitable Czech organization. He has made plans to deliver additional public presentations – both in ethics and in music – during his tenure in Slovakia.

Murphy stresses that while he was the first Fulbright Senior Scholar from SUNY Cobleskill, he is not the College’s only awardee. Yet there is no question he has helped draw a parallel between his own travel (whether supported by the Fulbright Foreign Scholarship Board or independently) and the international study opportunities for current Natural Sciences and Mathematics Department faculty and students. Faculty members have taught in China, India, Turkey, and more. Students have joined them in some cases, particularly in Dr. Lynda McMaster-Schuyler’s ethics course.

As he prepares once again to travel abroad, a final point of consideration touches on the very reason he has launched this latest endeavor.

“One of the most difficult things about teaching ethics, especially to adults and to professionals, (are) the conversations about instilling a sense of ethical conduct in the professions,” says Murphy. In a basic sense, the goal is to know all that one can know about what is right and what is wrong in our rapidly evolving professions.

“We may disagree with professional guidelines, but we need to know them and know to follow them,” says Murphy. “We all carry our biases, whether professionally or culturally; however, we need to be consistent in our duty towards ethical conduct.”

Dr. Michael J. Murphy founded the Eastern New York Chapter of the Fulbright Association, and remains a member of the Board, mentoring Fulbright proposals, arranging welcoming and intercultural activities, and helping place international students in local universities. He previously served as a peer-reviewer and chair for the Central Europe Senior Scholar program, as well as a reviewer for the Fulbright Specialist Program. He has been a SUNY Distinguished Teaching Professor since 1998 and an Emeritus since 2008.