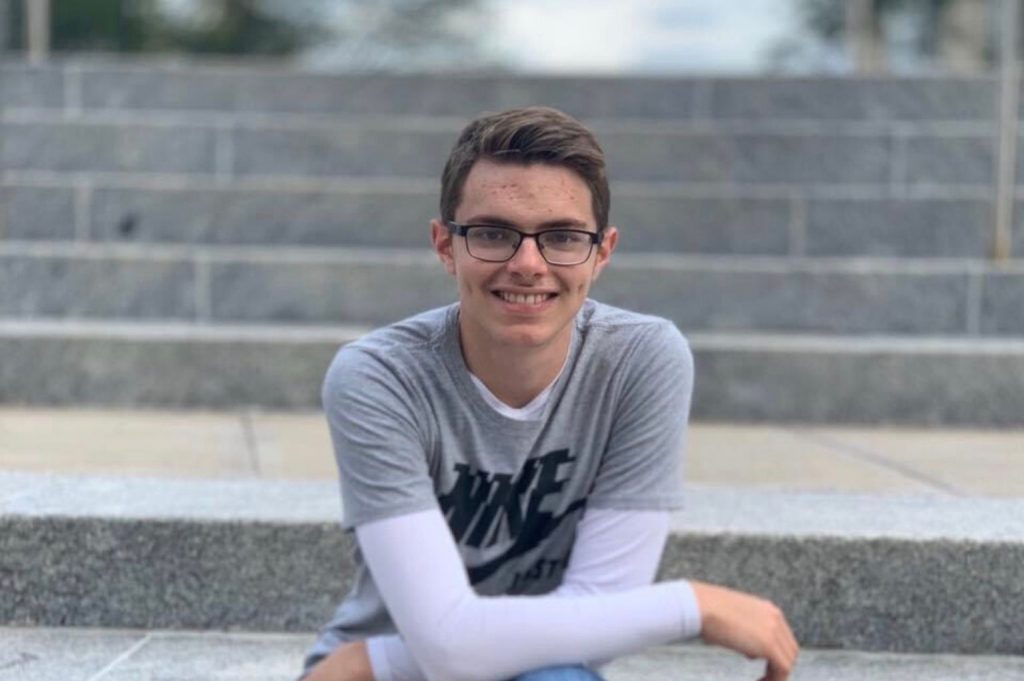 In some ways, college is a lot like a life within a life. You use steppingstones to get from Point A to Point B. Experiences build on themselves. Opportunities lead to opportunities.

Jesse Ferri just finished his first year at SUNY Cobleskill this month. The steppingstone theory is nothing new to him. It is kind of how he’s arrived at this point.

In 2015, Ferri was a high school student-athlete, running track and cross country. It was his passion for photography, however, that caught the eye of the school’s director of athletics.

Although he was only a freshman, Johnstown High School’s need for someone to shoot and edit game film went back years. The high school competes in sports over the course of four seasons, and while there was plenty to film, the district needed someone qualified to film it.

Ferri became that much-needed photographer and videographer. Backing up even more, his jump into that position was a steppingstone itself. On holidays and family gatherings growing up, Ferri recalls being onsite with a camera to capture every moment. It was just a hobby at that point. Though it remains just a hobby, it began to grow in high school.

“There was always a lot to shoot over the course of four seasons,” says Ferri. “Sometimes the goal was to show individual or team accomplishments. Other times you needed to capture moments of sportsmanship. It changed a lot.”

He held the position for three years, photographing and shooting video for the school’s department of athletics. He refined his editing skills, and even began taking individual requests and projects. Gifts, special ceremonies, personal favors – they have all become part of his repertoire. For as much as he enjoys the process of shooting and editing, the look he gets when someone sees their finished project for the first time is the real reason why he puts in all the work.

Those years in high school propelled Ferri to Cobleskill, where he now shoots pretty much by request only. He is a fulltime BT student in the Information Technology Program’s Network Administration & Support track. He estimates he’s made about 35 videos to this point, managing to stay up to date with editing techniques and his passion for photography.

“It’s definitely a good hobby because you can see yourself improve and take on new styles and techniques,’ says Ferri. “It brings out my creative side. I know a lot of people who say the same thing.”

Ferri plans to spend the summer sharpening his skills. He has booked time to shoot some aerial photography, including drone shots. It will be another steppingstone.

As for transferring skills from his hobby to his area of study, Ferri says there are similarities in knowing how to troubleshoot, think on the fly, collaborate, and work on behalf of others. He also worked with his high school’s director of technology; he says it is something that has helped him prepare to climb the ladder as a network administrator. He would like to go into a direct support position working with large businesses and firms.

When he does, it will be a step from SUNY Cobleskill to the big leagues of network administration. Looking back even further, it will be the next step in a journey that began before high school – let alone college – and that has many unwritten chapters to come.