Mark your calendar for the Spring 2014 Cobleskill Speaker Series. Three eminent speakers—Mark Bauerlein, Peter Sacks, and Diana Senescahl—will be coming to campus to discuss this year’s theme, “today’s” student. Join the conversation about how technology, the Internet, and popular culture are transforming today’s students and having an impact on higher education as a whole.  Each presentation takes place in Bouck Auditorium from noon to 1:00 p.m.

26 February –  “The Dumbest Generation”: Mark Bauerlein is Professor of English at Emory University, where he has taught since earning his doctorate at UCLA in 1989.  He is the author of several books, including scholarly studies of Walt Whitman’s poetry, the philosophy of American pragmatism, the practice of literary criticism, and the 1906 Atlanta race riot, as well as popular books on digital culture and American youth.  His scholarly essays have appeared in PMLA, Yale Review, Partisan Review, Wilson Quarterly, and Philosophy and Literature, and his commentaries and reviews have appeared in Wall Street Journal, Washington Post, London Times, The Guardian, the Weekly Standard, Commentary, The New Criterion, First Things, TLS, and many other national periodicals.  He has given more than 350 radio and television interviews, including appearances on CBS News with Katie Couric, Fox and Friends, CNN, BBC World Today, All Things Considered, PBS Frontline, and C-SPAN.

26 March – “The Millennial Moment”: Peter Sacks is an author, essayist and social critic. He is the author of Generation X Goes to College: An Eye-Opening Account of Teaching in Postmodern America. His most recent book, Tearing Down the Gates: Confronting the Class Divide in American Education, was awarded the Frederic W. Ness Book Award by the Association for American Colleges and Universities.  A former economist, Sacks worked as an investigative business and economics reporter at newspapers across the country prior to teaching college journalism and non-fiction writing. He now resides in Boise, Idaho

16 April – “Our Republic of Noise”: Diana Senechal teaches philosophy at Columbia Secondary School for Math, Science & Engineering in New York City. She is the 2011 recipient of the Hiett Prize in the Humanities, awarded by the Dallas Institute of Humanities and Culture and the author of Republic of Noise: The Loss of Solitude in Schools and Culture. Her translations of the Lithuanian poetry of Tomas Venclova have been published in two books, Winter Dialogue and The Junction, as well as numerous literary journals. Her education writing has appeared in Education Week, American Educator, The New Republic, Forum (ALSCW), Educational Leadership, American Educational History Journal, The Core Knowledge Blog, Joanne Jacobs, GothamSchools, and the Washington Post’s blog The Answer Sheet. She lives in Brooklyn.

A limited number of Mark Bauerlein’s book, The Dumbest Generation, is available for free; contact Jeff Anderson to get yours. Copies are also on reserve in the library.

This series is being sponsored by the School of Business and Liberal Arts & Sciences, Student Life, and the Office of the Provost.

SUNY Cobleskill · 3 days ago
@SUNYCobleskill
Just days to go to #CobyFamilyWeekend. Don’t miss our Canine Management and Training Showcase. It’s your chance to see the canines in our program perform agility and obedience demonstrations with our students and faculty. https://t.co/X0iXSsdyIn
View on Twitter 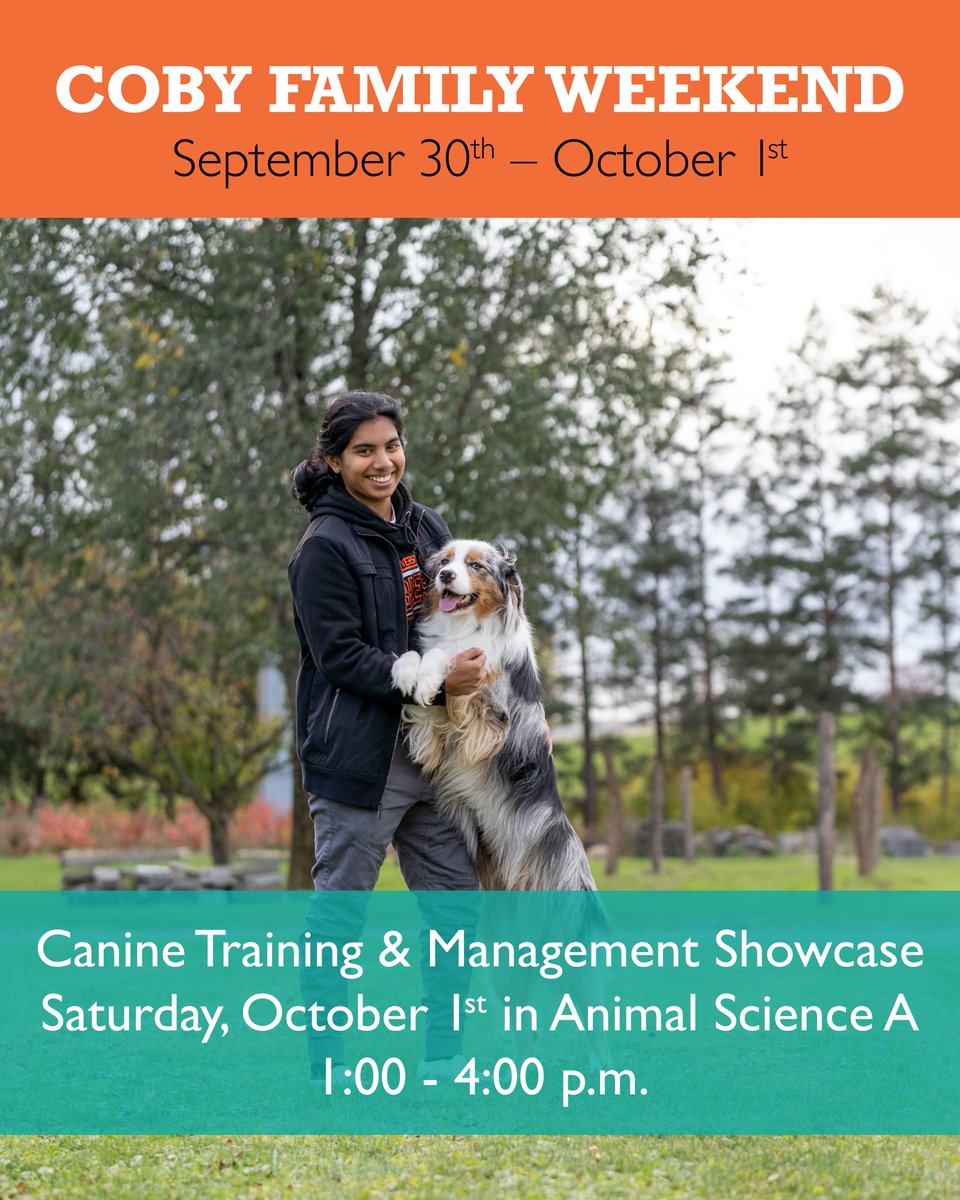 SUNY Cobleskill · 1 week ago
@SUNYCobleskill
Just over a week away from #CobyFamilyWeekend. Don't miss the Herpetology Lab Showcase. Under the instruction of students and staff, guests are invited to learn about and handle various species of live reptiles in our labs. 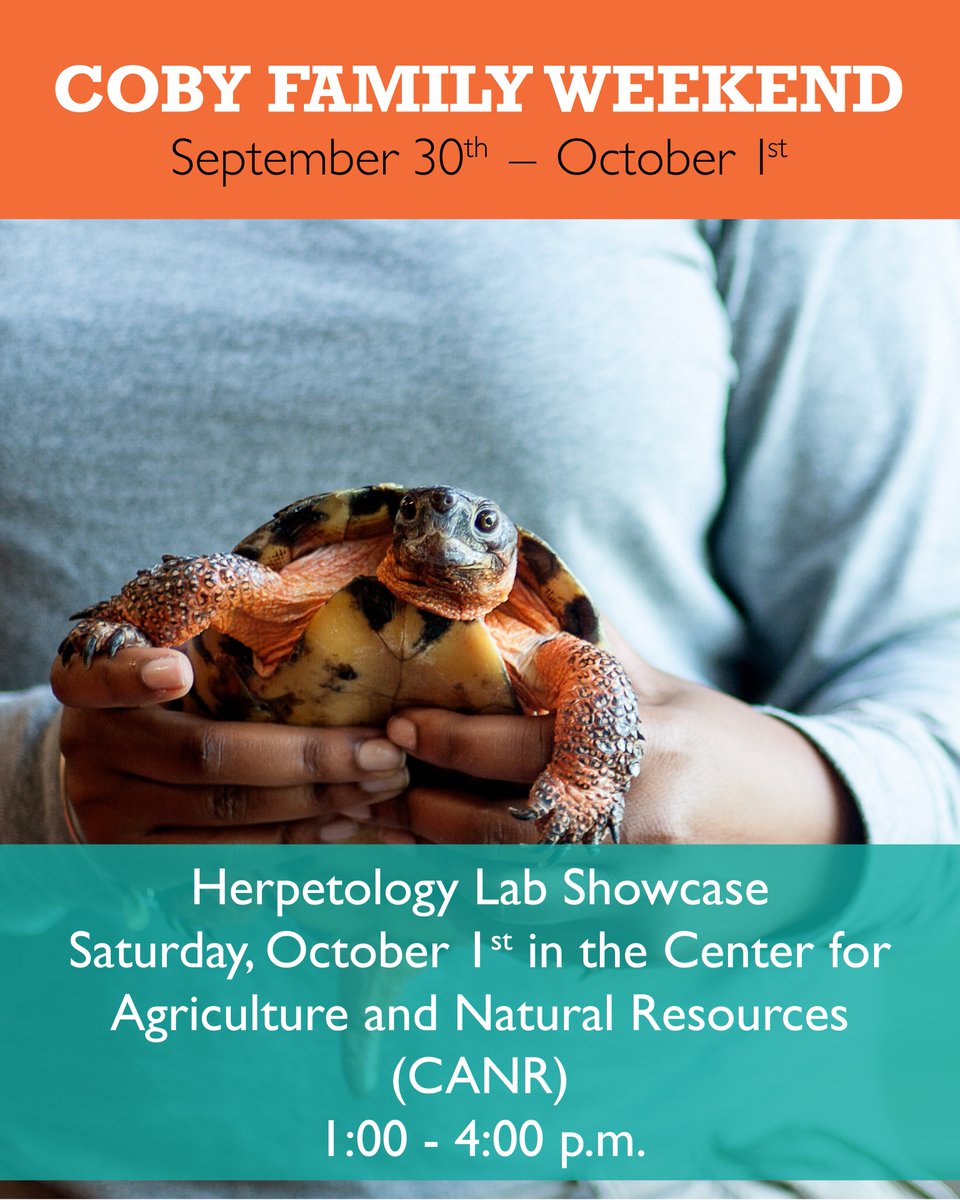 SUNY Cobleskill · 1 week ago
@SUNYCobleskill
We continue our countdown to #CobyFamilyWeekend! The Paramedic Program will be hosting tours of its Simulation Center and two educational exercises titled "Medical Emergencies: What to Expect and What You Can Do." 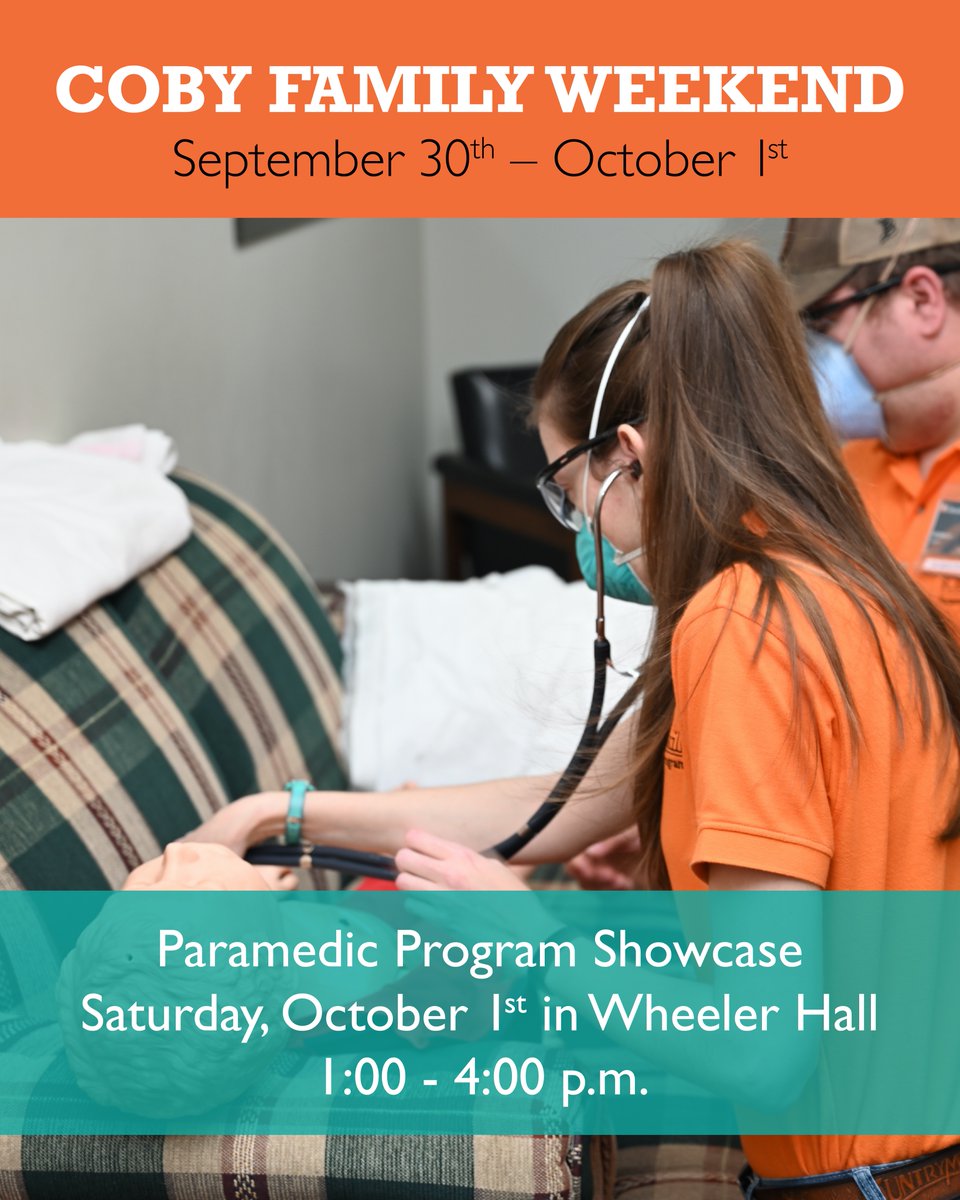 SUNY Cobleskill · 1 week ago
@SUNYCobleskill
We continue our countdown to #CobyFamily Weekend. The Youth Fishing Derby is back this year! Fishing gear and bait provided. All kids 15 years and younger are welcome. No experience necessary. 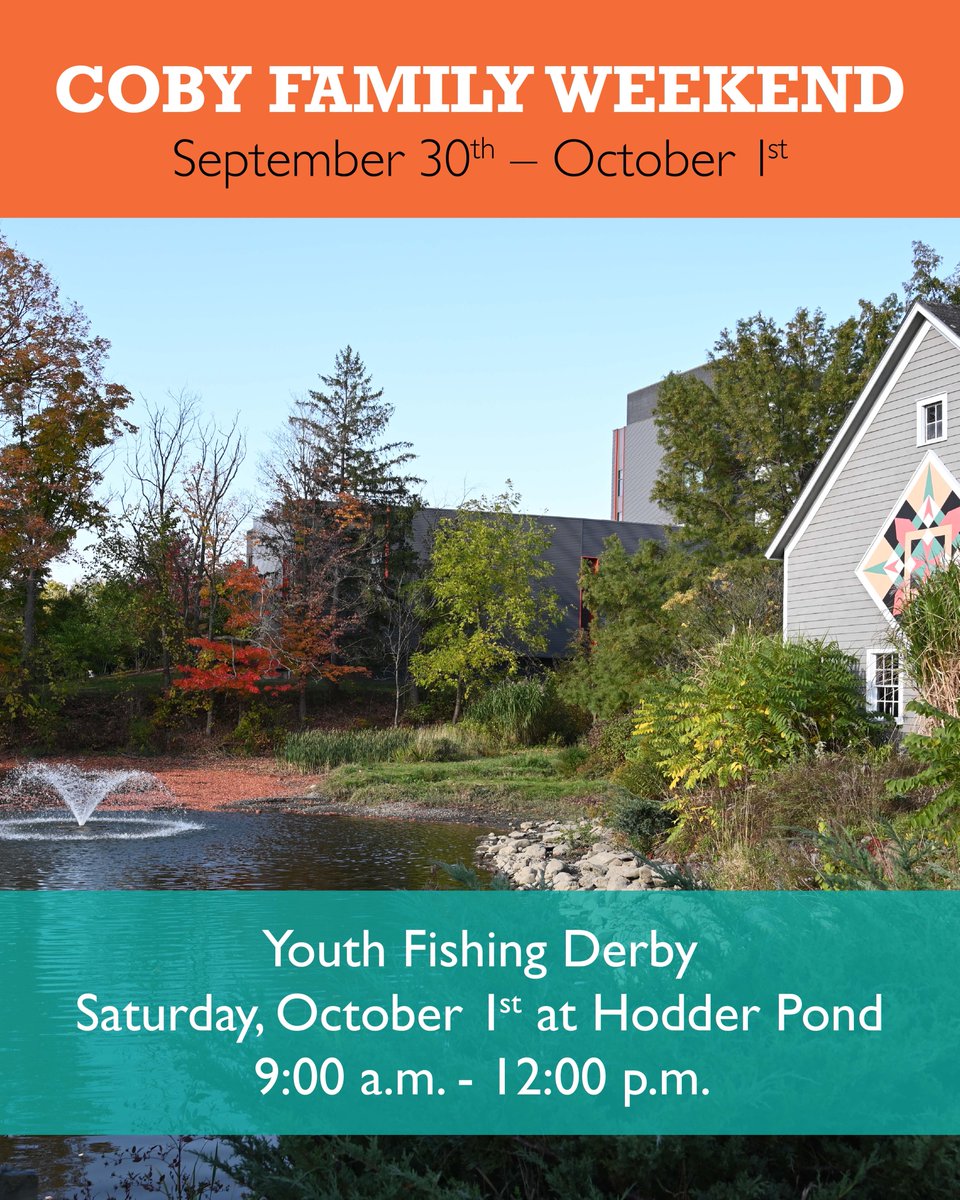 SUNY Cobleskill · 1 week ago
@SUNYCobleskill
#CobyFamilyWeekend is just two weeks away and our schedule of events is filling up. We’ll be highlighting events every day leading up to the weekend, but to see the full schedule, visit https://t.co/dJ9AtcRvqI.

New events are being added every day so keep checking! https://t.co/rzNlXDviMW
View on Twitter 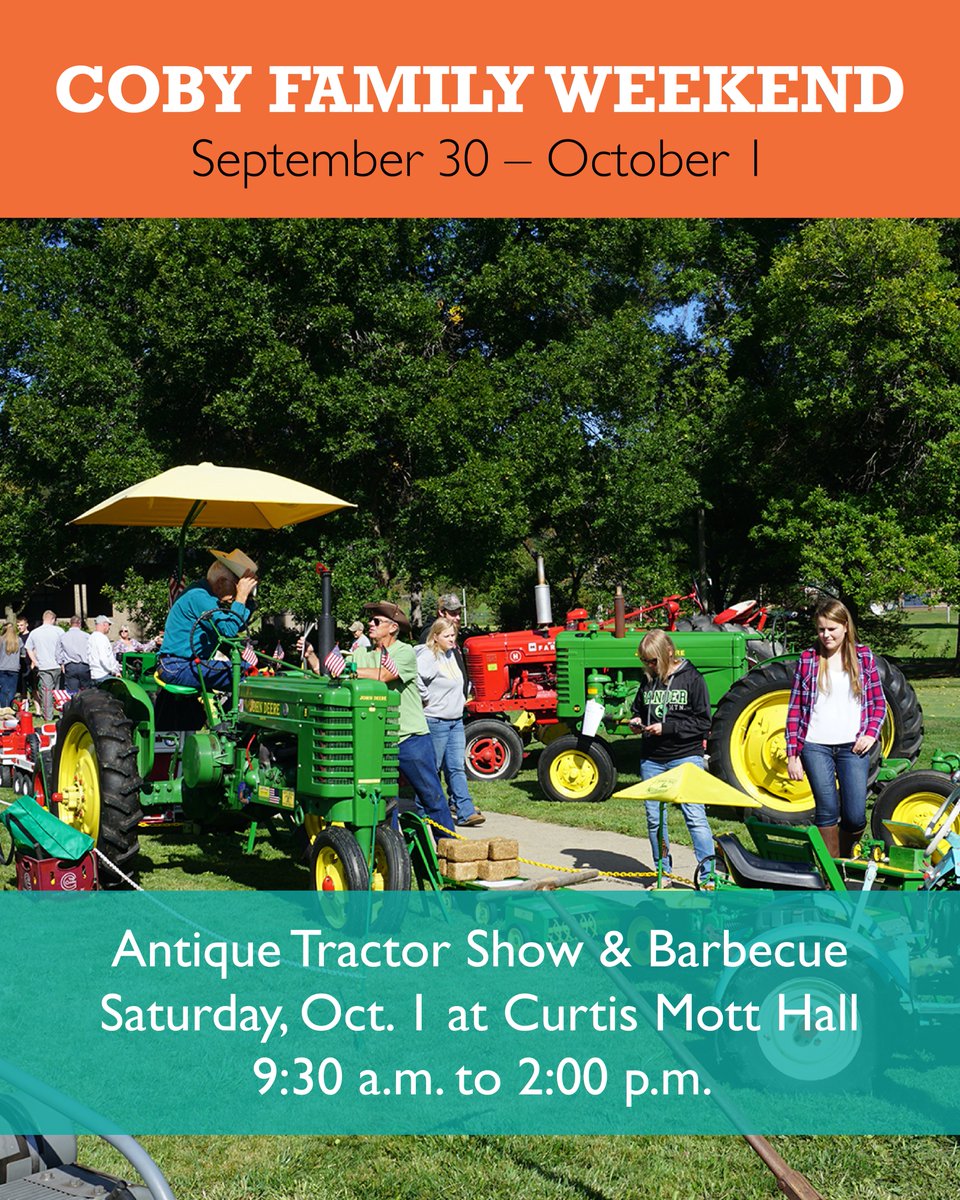 SUNY Cobleskill · 2 weeks ago
@SUNYCobleskill
With open arms, we say, "Welcome to our community." #OneCoby #SUNY https://t.co/VNr5A7ZKmJ
View on Twitter
0
6
Skip to content