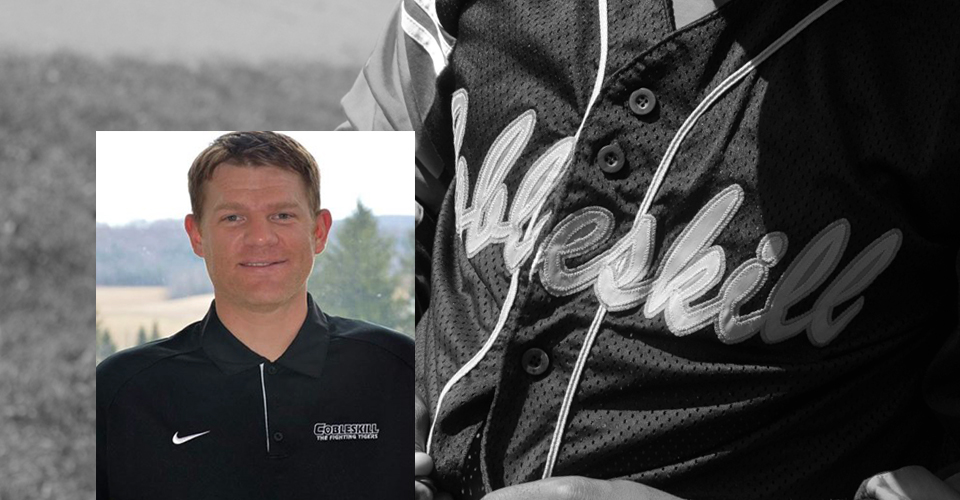 Robert Fisk to Lead the Return of Fighting Tiger Baseball

The SUNY Cobleskill Department of Sport & Exercise has announced that Robert Fisk will be the new Fighting Tigers Head Baseball Coach when the baseball program returns in the 2017-18 academic year.

Fisk comes to SUNY Cobleskill from Philadelphia University where he had been serving as the program’s pitching coach. He had previously served as the Associate Head Coach at Swarthmore College after beginning his career on the staff of Eastern University.

“I’m extremely excited to get the chance to create a baseball program from the ground up and the potential for growth,” Fisk said. “We have a nice on-campus field that is a great place to watch a game and plenty of indoor space that is committed to baseball. The other thing that I liked was the people I met when I came to campus. They were very friendly and made me feel very comfortable here. I would like to thank the committee along with [Interim Athletic Director] Mary Irving and the committee chairman Frank Lawrence, [University Chief of Police and Emergency Services], for this opportunity.”

“To build a strong program it all starts with pitching and defense,” he said. “Baseball is a simple game; it’s all about throwing strikes and just playing catching. Offensively speed never slumps and we are committed to a high energy up-tempo style of baseball which our fans should enjoy.”

During his tenure at Swarthmore College, Fisk assisted the program to its highest win total since 1986 in addition to four consecutive winning seasons. In 2014 he helped the Garnett pitching staff set multiple program single-season records including earned run average. Then in 2015, under his tutelage, the program set the school record for strikeouts in a season with the pitching staff ranking in the NCAA Division III Top 20 nationally for strikeouts per nine innings.

While on staff at Eastern University he worked primarily with the pitchers in addition to serving as the program’s recruiting coordinator. The Eagles program showed a 10-game improvement in the win column and the second-best program mark for wins in a season during his time with them.

A native of Midland, Micigan, Fisk played at Northwood University at the NCAA Division II level where he graduated with a degree in Entertainment, Sports, and Promotions Management, Marketing, and Business Administration. Fisk completed his Master of Education Degree in Multicultural Education at Eastern University in 2013.