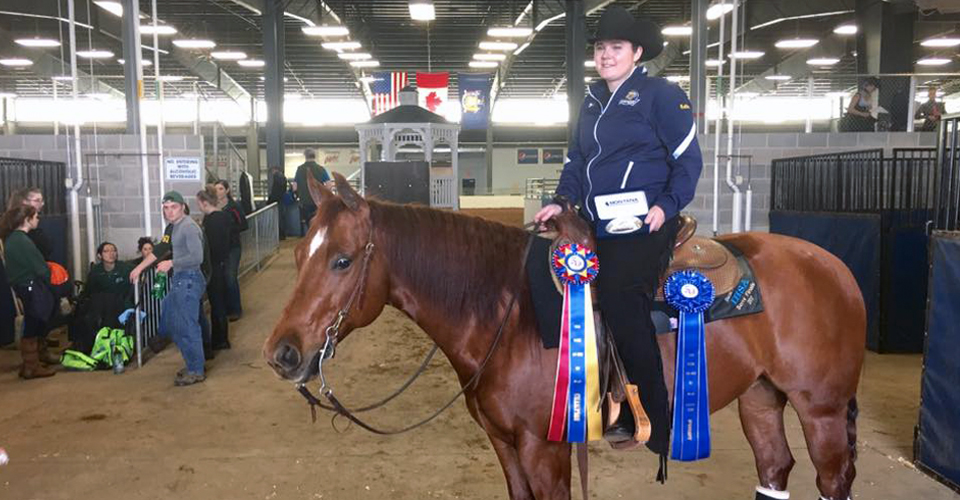 The College brought six horses and 15 riders to the Semi-Finals, where the Western Equestrian Team competed against schools from across the country, including Oregon State University, Cazenovia College, University of Findlay, Auburn University, and California Polytechnic State University.

SUNY Cobleskill student Abbey Wiand finished 5th at the Semi-Finals and Emily McLaughlin placed 6th in a field of 12.

“I am very proud of our entire team,” DiGioia said. “They worked extremely hard brining six horses to the event. They were up at 5 a.m. to feed the horses and on their feet all day caring for them and warming them up. This show was all about working together as a team.”

The SUNY Cobleskill horses made a splash at the show, receiving praise from other coaches and an invitation to participate in the IHSA National Championships in Kentucky on May 4-7. SUNY Cobleskill will also be sending student Morgan O’Sullivan to compete at Nationals after she achieved the distinction of High Point Rider for ASHA Zone 2 Region 3.

The Western Equestrian Team has been making College history with unprecedented success, including its first-ever ISHA regional championship.