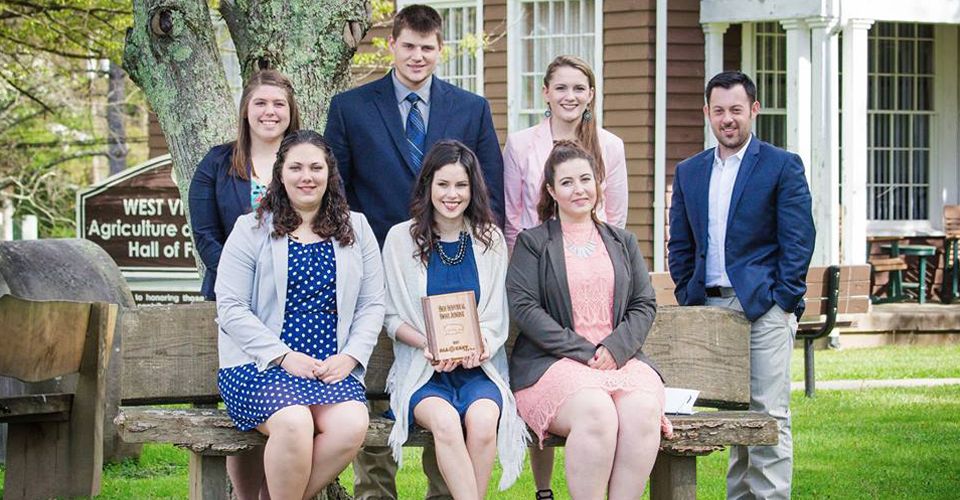 SUNY Cobleskill students finished strong against some of the biggest institutions in the east at the All-East Livestock Judging Contest hosted by West Virginia University last weekend.

For many of the students on the six-member team, the competition was their first major foray into competitive judging of beef, sheep, and swine. They were up against about 60 other competitors from four-year colleges like Ohio State University, Penn State, Purdue University, Auburn University, the University of Kentucky, and North Carolina State University.

“It was quite a big deal for SUNY Cobleskill just to be at the contest,” said team coach and Assistant Professor Ben Weikert. “I’m very proud of the work they put in. I was really glad to see that we could place among some of the largest universities in the country.”

In his livestock evaluation courses, Weikert teaches students the basics of external livestock anatomy as well as how to present and defend their findings. In addition to technical knowledge, the courses focus heavily on decision-making, organization, and communication skills.

At the All-East Livestock Judging Contest, the team had to judge 12 difference classes of livestock and give eight sets of oral arguments for their conclusions, which accounted for half the score. The entire contest lasted nine hours.

“It is definitely a very nerve-racking process,” Weikert said. “You have to give a set of reasons to a complete stranger, so that’s really where those communication skills and your confidence come into play.”