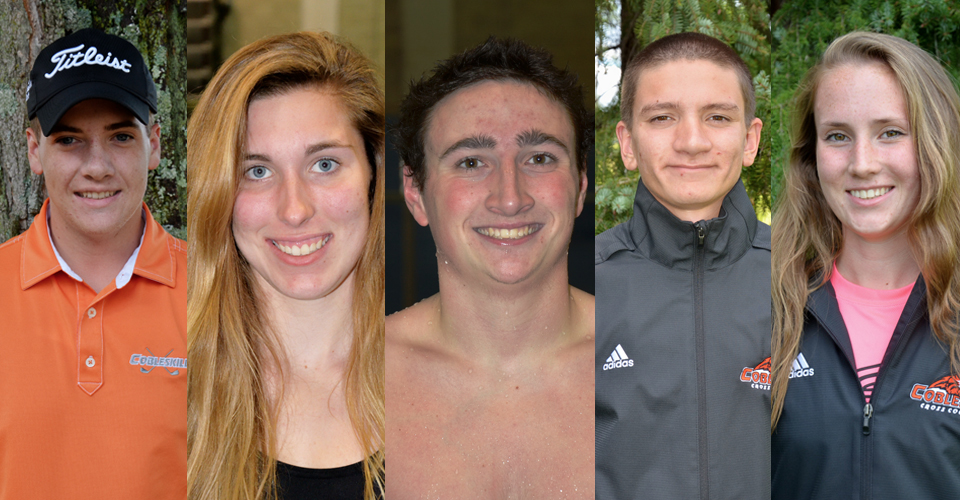 Connor McCarthy, a Business Administration/Sports Management major from Cobleskill, who plays on the men’s golf team

“It takes a tremendous amount of dedication and hard work to achieve such a high level of academic and athletic success,” said SUNY Chancellor Nancy L. Zimpher. “Congratulations to all of the students receiving this year’s SUNY scholar athlete award, as well as the faculty, coaches, and staff across SUNY who support and inspire them to be the best.”

In order to be considered for this award, student athletes were nominated by their campus athletic director. Nominees’ academic credentials and athletic accomplishments were then reviewed by a panel of athletic directors from across the SUNY system and members of the SUNY provost’s office.