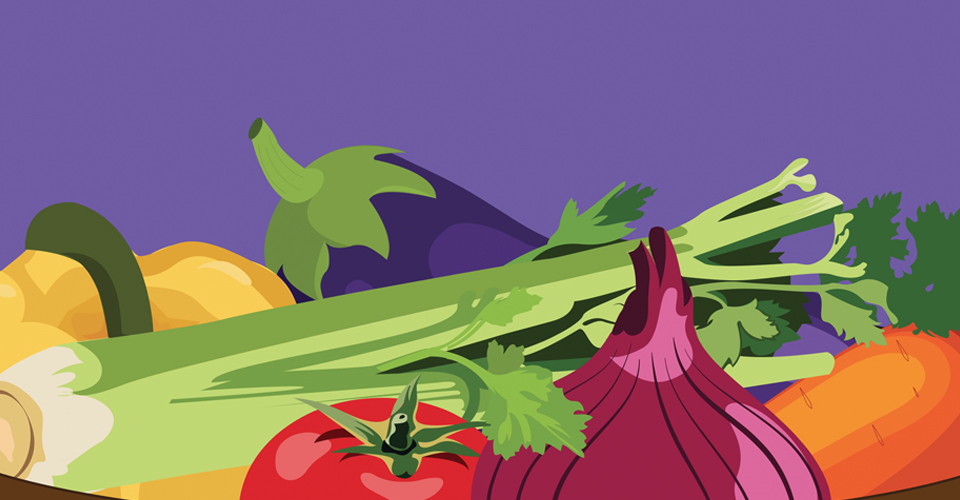 Over the past two semesters, SUNY Cobleskill students have been working with Creating Healthy Schools and Communities, a program of the New York State Department of Health, to promote healthy eating and pedestrian safety through graphic design and video production.

Logos, SUNY Cobleskill’s student-run graphic design club, designed and produced posters and shelf signs for local retailers to raise awareness of healthy eating options. Students researched the communities, the target population, and existing store signage regarding healthy eating to create a series of designs that would “catch both kids and adults,” according to Logos President Sarah Dancer ’17.

The designs are intended to stand out from the standard look of food advertising and appeal to children with a coloring-book aesthetic. From the project report:

Instead of photographs, as one would see in Hannaford or Wegmans, Logos concluded that colorful, simple illustrations of fresh fruits and vegetables would be more noticeable and exciting to children shopping with their parents. Fruits and vegetables are generally not advertised inside grocery stores. Therefore, the hope is that an eye-catching, illustrative approach will make consumers take notice of these items.

The visuals are paired with phrases like “Think Sweet! Think Crunchy! Think Veggies!” and “Take & Make” to be identifiable and memorable to busy shoppers. The shelf tags include information to help shoppers make healthier choices, like calling attention to low-sodium alternatives and food made with whole grains — all identified with the slogan “Best Choices.”

The posters and shelf tags will appear first in the Charlotteville General Store, and then hopefully be adopted (at no cost) by other stores throughout Delaware, Otsego, and Schoharie Counties. 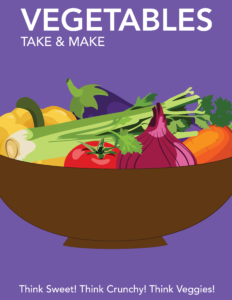 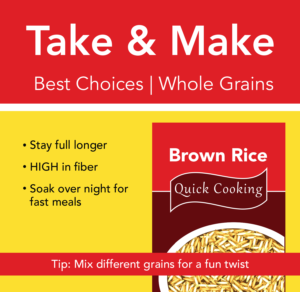 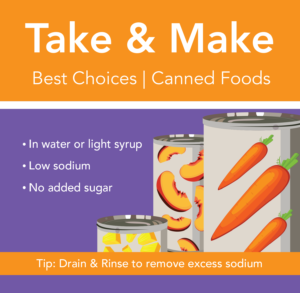 Students in a Single-Camera Video Production Class, meanwhile, created videos to raise awareness of pedestrian safety. The nine videos, aimed at a teenage audience, deliver PSAs about the dangers of digital distraction. They were reviewed by a panel of judges, which picked three winners. The videos are being shared with school districts around the region as well as with the 25 other CHSC regions in New York.

Both of these projects are part of a five-year CHSC grant for Delaware, Otsego, and Schoharie counties administered by Maureen Blanchard of the Research Foundation for SUNY – SUNY Cobleskill. The same grant was used to found Schoharie Fresh, SUNY Cobleskill’s student-run online market.