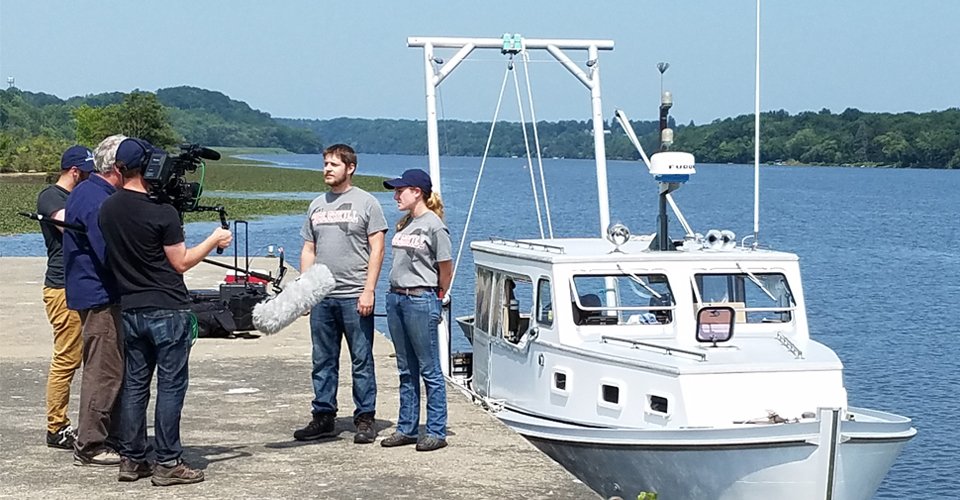 Documentary filmmaker Jon Bowermaster and a three-man crew joined SUNY Cobleskill and Riverkeeper yesterday on their 120-mile Mohawk River water sampling run. This is the team’s fourth sampling run this year in an ongoing, longterm effort to track the water quality and health of the Mohawk River.

Bowermaster, a six-time National Geographic Expeditions Council grantee, has written 11 books and produced more than a dozen documentary films. His latest project is a documentary exploring the “source to sea” concept with Riverkeeper’s water quality monitoring projects, including the SUNY Cobleskill-partnered Mohawk River project, at its core.

This is the third year of the project, which uses public grant funding to conduct regular, rigorous tests on the quality of the Mohawk River to aid municipalities and the general public in making decisions about its use, from water systems to swimming and fishing. The work has led to calls for clean-water action and a better understanding of the causes and effects of water pollution.

The documentary crew rode along with Riverkeeper Captain John Lipscomb and interviewed SUNY Cobleskill students Lyndsey Wanits, a Biotechnology major, and Dan Sweeney, a Wildlife Technology major, about the importance of the work as well as its educational benefit to them.

The film crew plans to interview the students again at SUNY Cobleskill this fall and film the on-campus laboratory work involved in the water quality evaluation. Filming will continue throughout the year and likely into early 2018. 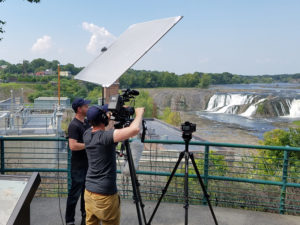 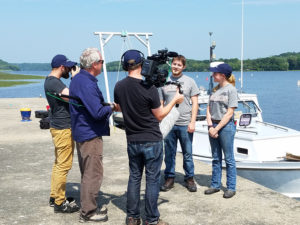 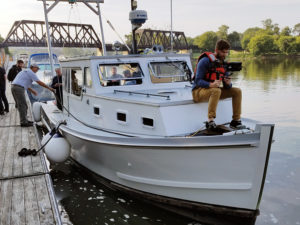