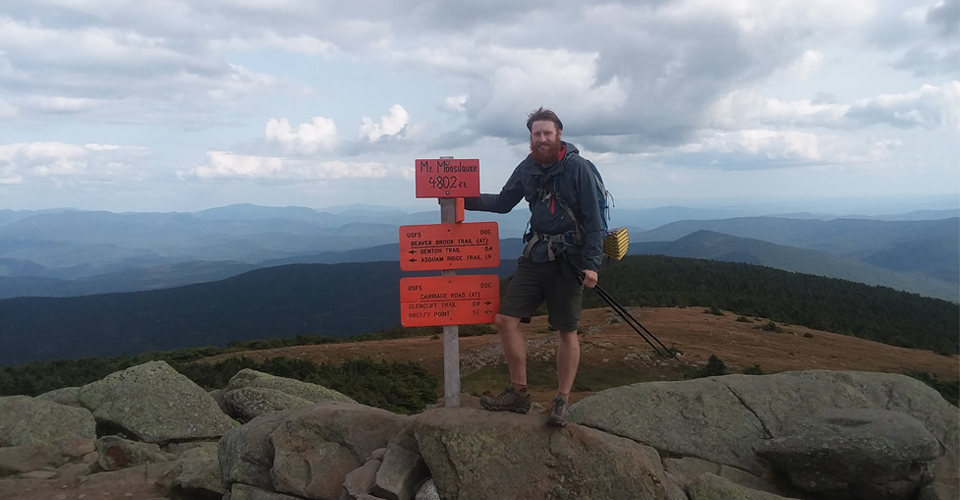 Tom Latzkowski ’13 was at a program organized by a Resident Assistant at SUNY Cobleskill when he first started thinking seriously about the Appalachian Trail. The RA, a friend of his, was an avid hiker and had brought someone who had completed the trail to speak to students.

“We were all excited afterwards, talking about it,” Tom said recently from Rangeley, Maine, about 200 miles from the trail’s end. “I had known about it, but was never actually interested until then. So it all started with an RA program.”

The Appalachian Trail stretches about 2,200 miles from Springer Mountain, Georgia to Mount Katahdin in Maine. Only about 20 percent of hikers who begin the trail make it to the end, taking between five and seven months to do so, according to the Appalachian Mountain Club.

Tom started on the trail when the opportunity arose earlier this year, setting off on April 3. He had just come to the end of his two and a half years with Trocco Produce, Nut and Fruit Importers in New York City, a job that grew out of a SUNY Cobleskill internship, and he decided to do something “a little more interesting.” 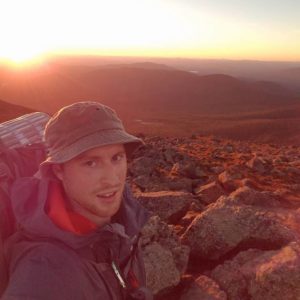 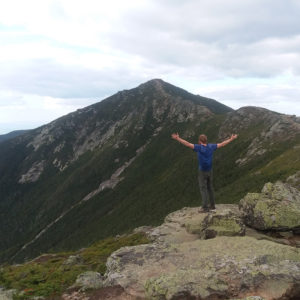 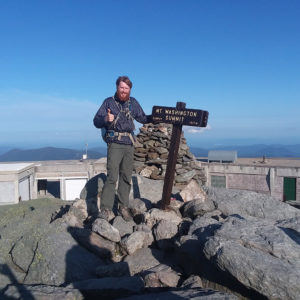 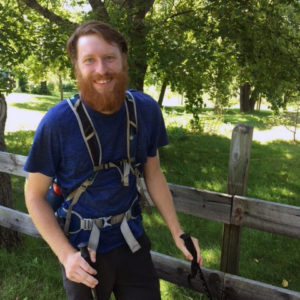 “I’m not sure I will get anything out of this other than a lot of great stories and a heck of a summer,” he said. “It’s not been fun the whole time, but it’s been the most interesting thing, the craziest thing, the hardest thing I’ve ever done.”

He has struggled with the anticipated challenges of the trail — the muscle pain, the blisters, the bugs, rain, cold, hunger, and mental fatigue — and seen a side of the country that he considers rare, and restorative.

After the trail, Tom is looking for a change in career direction. He majored in Agricultural Business, and would like to continue to work in an agriculture-related field that he finds meaningful, or perhaps in outdoor recreation.

“It was my time at Cobleskill that I learned that anything is possible and that I can strive for excellence in any way that I want,” he said. “You just have to go for it.”