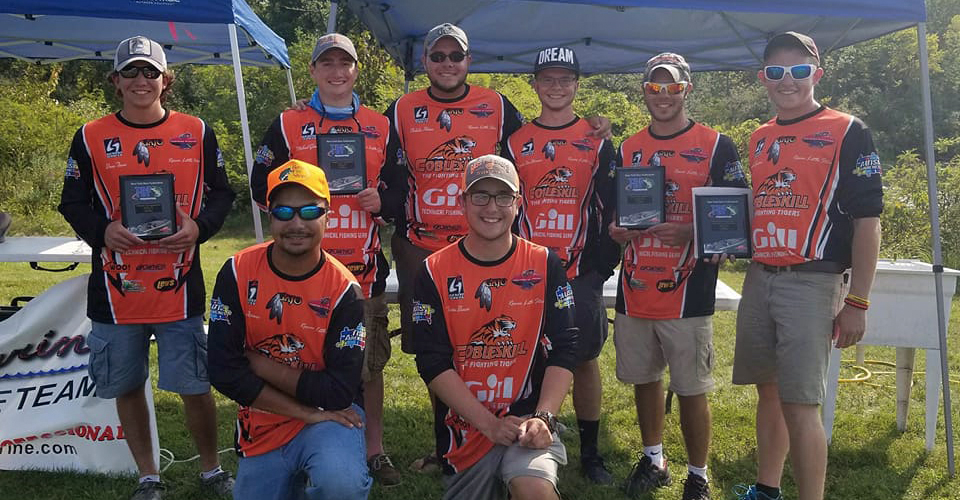 “This is the best showing and also the best SUNY Cobleskill has ever done in any tournament for as long as the club has existed,” said Nicholas Petrou, SUNY Cobleskill’s Bass Fishing Team President and NYTBF Collegiate Tournament Director.

Petrou has been the team’s president for two years and was recently ask to become the tournament director for the NYTBF Collegiate Cup Series. Now he runs all of the collegiate tournaments for the rest of the season.

The tournament included 12 two-person teams from around the state, four of which were from SUNY Cobleskill. Other teams competed from SUNY Plattsburgh, SUNY ESF, University at Buffalo, Paul Smith’s College, and West Point University. 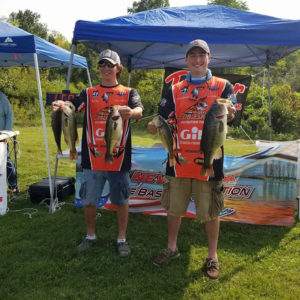 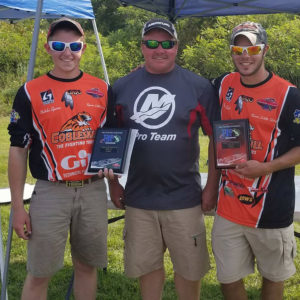 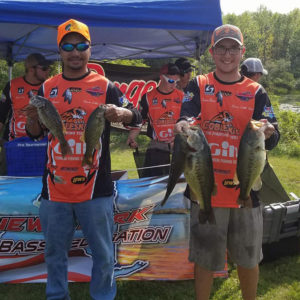 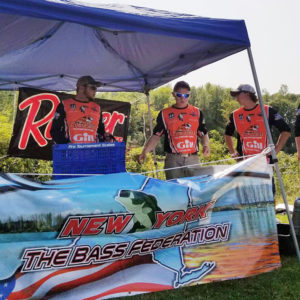 The teams had eight hours to fish before bringing their five best catches to the scales. SUNY Cobleskill’s Nick Squires and Austin Zweck took first place with a total weight of 14.89 pounds. Third place went to Drew Tiano and Michael Giorlamo with 13.58 pounds, including one 5.81-pound lunker — Giorlamo’s personal best. Tristen Bauer and Jared Parsons took fourth with a total of 12.31 pounds.

The team thanks all of its sponsors for their support on and off the water: Tackle Warehouse, Gill Preformance Fishing, Dobyns Rods, Keitech USA, WOO! Tungsten, Money Maker Jigs, Gajo Baits, Lews Reels, Roscoe Little Store, and Owner Hooks.

This SUNY Cobleskill Bass Fishing Team & Club consists of student anglers who are interested in fishing and competing in Bass Tournaments at the collegiate level. They compete regionally and are active in the community with clean-ups, fund raisers, club awareness and promoting clean, outdoor activities.