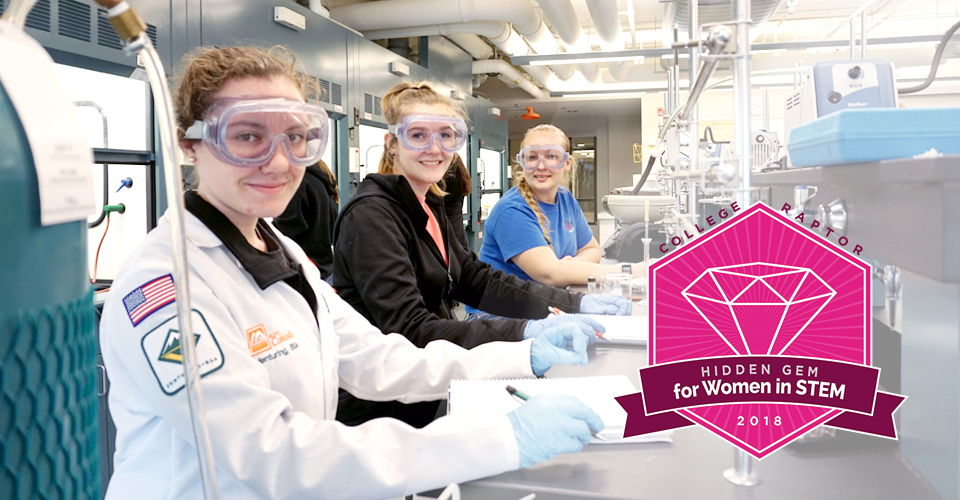 SUNY Cobleskill named a 2018 “Hidden Gem” for Women in STEM

SUNY Cobleskill is featured as a “2018 Hidden Gem for Women in STEM” in a report published today by college-planning website College Raptor.

This selection recognizes SUNY Cobleskill as one of the best colleges in the country, based on a combination of factors, including number of applications received, graduation rates, campus diversity, endowment per student, and other key metrics as reported via the National Center for Education Statistics (NCES) for the most recently available enrollment year.

View the full 2018 Hidden Gem for Women in STEM list.

“We assemble these Hidden Gem lists to showcase lesser-known colleges, and to empower prospective students and parents to discover schools they might not have considered,” said Bill Staib, College Raptor’s CEO.

College Raptor’s Hidden Gems began in tandem with their Best Colleges Rankings four years ago, in an attempt to better represent an overall assessment of the health and quality of a college. To that end, College Raptor’s ranking comprises a number of specific factors that are then combined into a single weighted score, which determines a college’s overall rank. The full methodology is outlined here.

“We highlight institutions like SUNY Cobleskill because they go beyond academic excellence and invest in an environment that provides the best educational outcomes for their students,” Staib said. “They deserve the spotlight.”