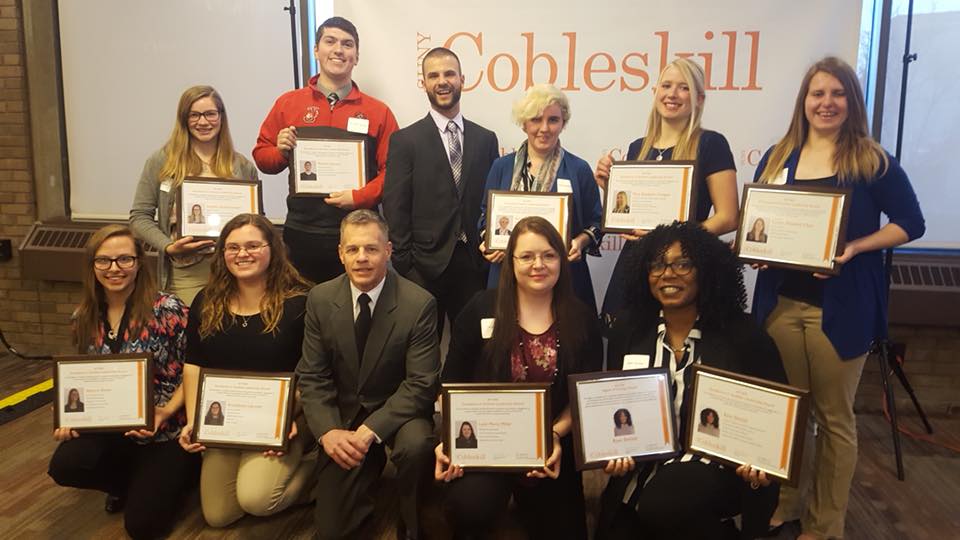 SUNY Cobleskill honored 24 student leaders at the Fifth Annual Excellence in Student Leadership Awards dinner, held on April 5, 2018. Capturing the spirit of the campus, three of the honorees shared two photos of themselves going from “field to fabulous.” One was taken as they headed to their Wildlife class, and one was taken an hour later at the banquet.

Anne Hopkins Gross, Vice President of Student Development, presented Jaimee Lord with the Student Leader of the Year award, which acknowledges the highest level of student leadership, and is given to a student who has made extraordinary contributions to the College. This includes mentoring future leaders, leading a wide range of campus activities, and showcasing exceptional service to others.

Betsy Greenyer and Ashling McMahon won the Emerging Student Leadership Award, which is presented to first-year students who are actively engaged in campus organizations and who set themselves apart by demonstrating the qualities of a great leader. Kaitlyn Clute and James Peterson were awarded the Distinguished Excellence in Leadership Award, which recognizes students who significantly benefit the campus community with their exemplary service and guidance throughout their undergraduate careers.

Individual plaques of the award winners are posted in Bouck Hall.