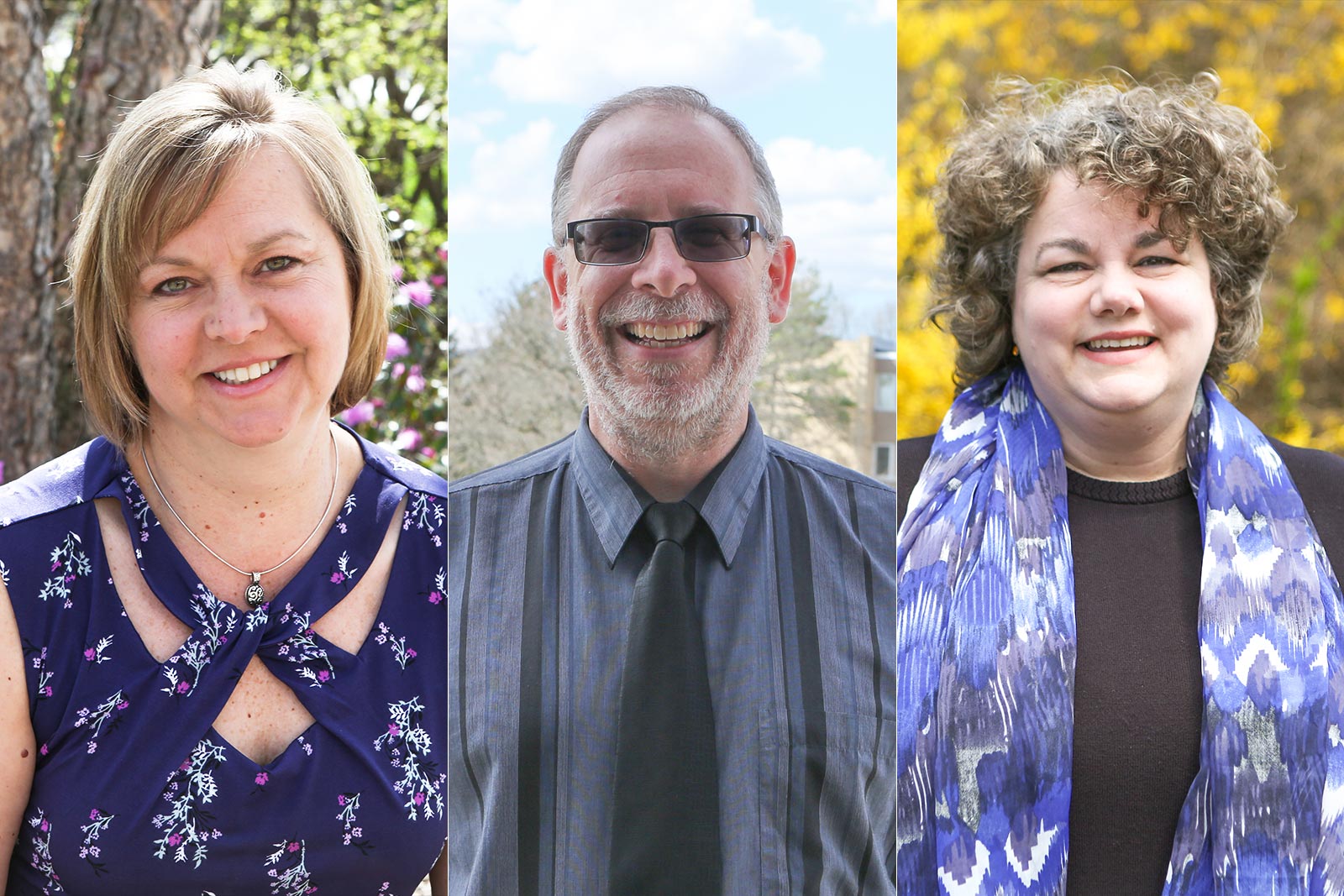 During its 100th Commencement on May 12, SUNY Cobleskill will confer state-level honors won by three members of its community. The 2017-2018 New York State Chancellor’s Awards for Excellence are being bestowed upon: Barbara Brabetz, Associate Professor of Chemistry and Biology and Presiding Officer of the Faculty, for Excellence in Faculty Service; Brian Smith, Financial Aid Director, for Excellence in Professional Service; and Sherry Thorington, Administrative Assistant to the Vice President for Student Development, for Excellence in Classified Service.

SUNY Cobleskill president, Marion A. Terenzio, PhD, remarked: “Through their devotion to our students, Associate Professor Brabetz, Smith, and Thorington are such an important part of our mission. They share a passionate commitment to their work, and a long, enduring record of service both to the College and to the SUNY system.”

Brabetz is known for her sincere passion in guiding students, educating them about the value of careers in the STEM fields, and in seeking to preserve the environment. She has been an elected faculty representative to the University Faculty Senate for more than 11 years, and has served as the Tech Sector representative to the University Faculty Senate Executive Committee. Her roles in fostering shared governance, and as a member of the Strategic Planning Task Force, are also notable.

Praised as an inspiration to peers and colleagues, Smith is known for his consistent emphasis on placing students first. He has pursued additional training throughout his career, always striving to improve financial aid systems at the College. Smith has been a key figure in SUNY Cobleskill’s implementation of the SUNY-wide Excelsior Scholarship program, which provides free college tuition to qualified students.

Thorington was nominated by her peers through a campus-wide system, which is an especially significant tribute to her abilities. She is known for her positive and collaborative approach to both colleagues and students. Her distinctive combination of skill, loyalty, and commitment are both widely acknowledged and admired at the College.