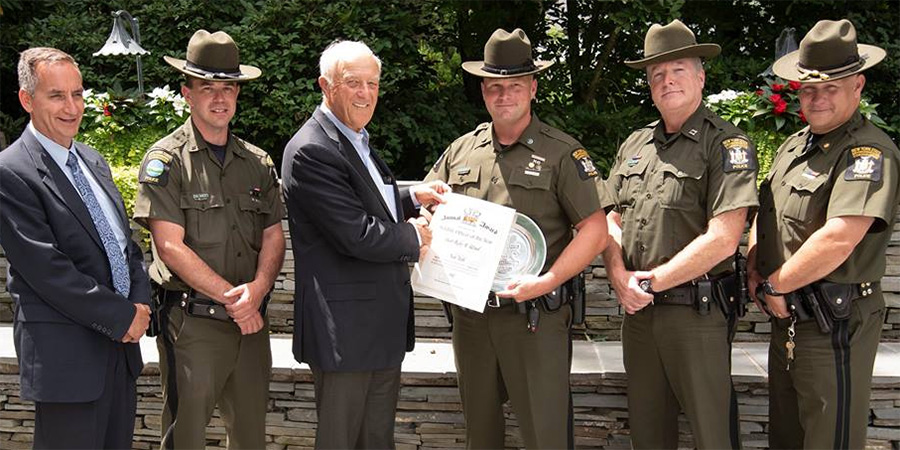 Communications & Marketing
In the Media
August 22, 2018

“DEC’s Environmental Conservation Police Officers are on the frontlines daily protecting New York’s wildlife, natural resources, and citizens,” Commissioner Seggos said. “Throughout his career, ECO Wood has demonstrated outstanding service and commitment that has justifiably earned him the respect of the public and his peers. I extend my congratulations to him on this well-deserved honor.”

MONTICELLO – State Environmental Conservation Officer Ricky Wood has been named the “Wildlife Officer of the Year” by the Shikar-Safari Club International.

Wood, who graduated from SUNY Cobleskill in 2002, is stationed in Sullivan County, where he has been on patrol for the past 10 years. In 2013, he was selected to train as a K-9 officer.