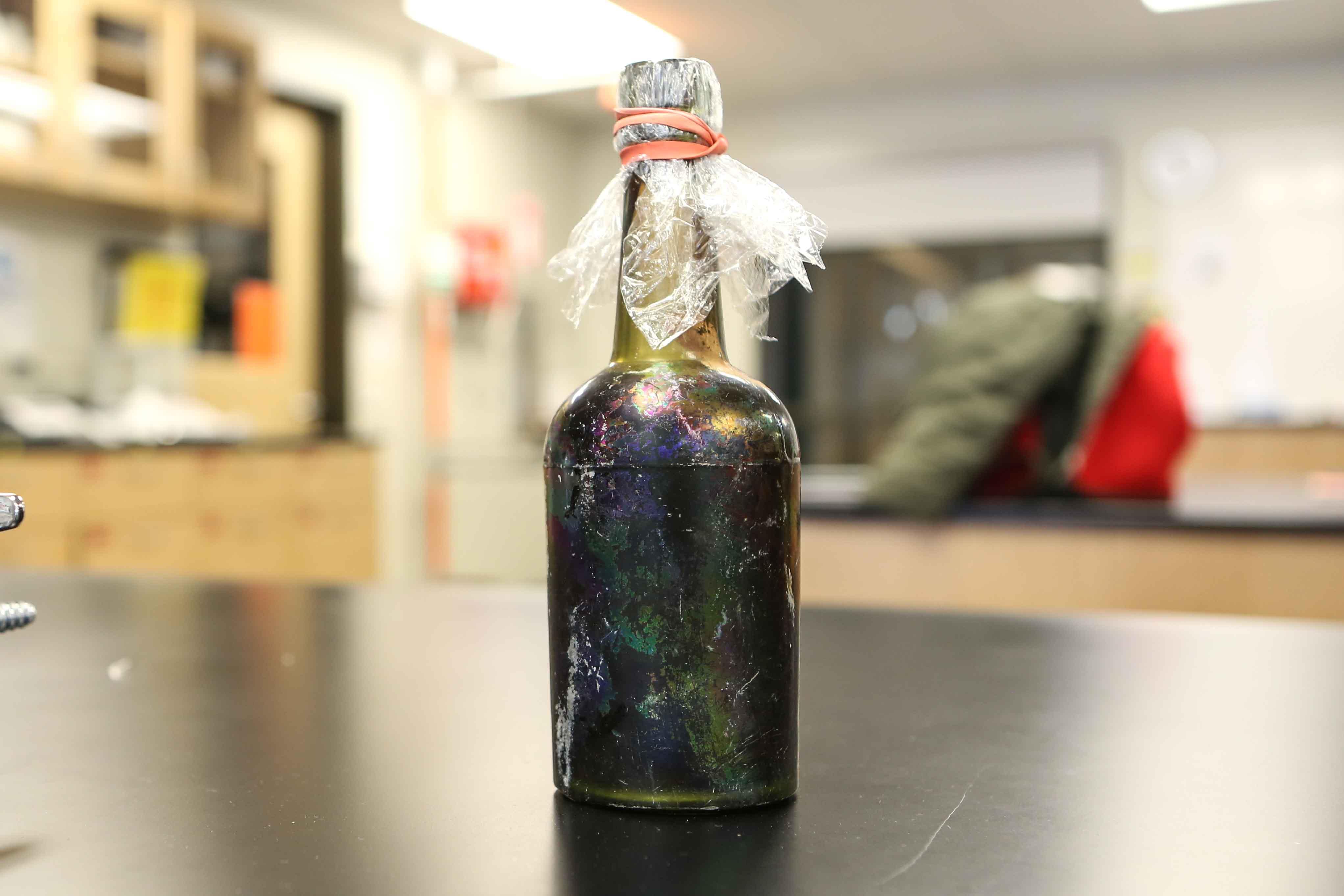 SUNY Cobleskill’s biotechnology program has uncorked a one-of-a-kind project, thanks to a 133-year-old bottle of beer and innovative, applied research. Under the guidance of Drs. Lynda McMaster-Schuyler and Peiyu Zheng, three students have opened a bottle of beer recovered from the shipwrecked SS Oregon, with the goal of extracting strains of yeast. SUNY Cobleskill is teaming with Serious Brewing, in Howes Cave, on the endeavor.

College President Marion A. Terenzio was on-hand for the uncorking, and joined Felter in a taste test. Felter received the beer from a customer, who owns three bottles of beer as well as artifacts recovered from the Oregon.

“This is applied research at its best,” says President Terenzio. “Our faculty make it possible for us to do what we do, and for our students to perform research that undergraduates usually do not have an opportunity to perform.” The three students on-hand for the opening were seniors Sabrina Long, Zachary Taylor, and Nino Gagliardi.

The biotechnology program will monitor the extraction process throughout the semester. The program has already cultivated four strains of yeast it will use for molecular comparison to the yeast from the 1886 beer.