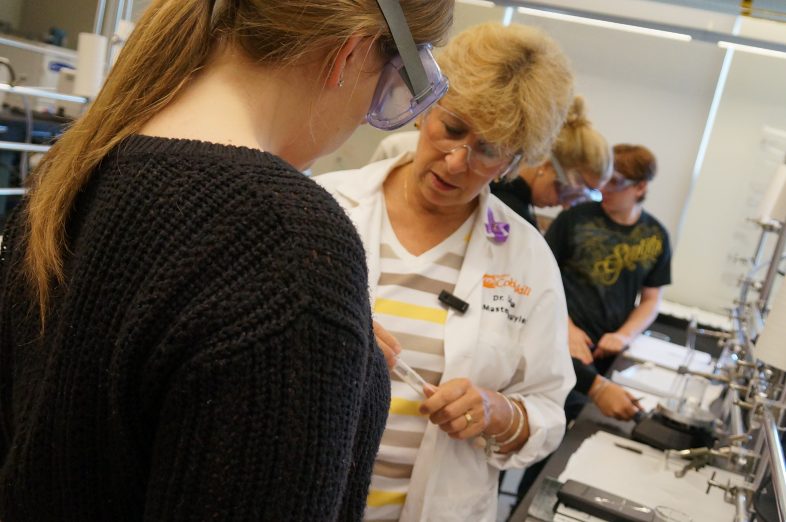 Above: Dr. Lynda McMaster-Schuyler in the lab

SUNY Cobleskill’s Biotechnology Program, which has consistently splashed in research and public-interest circles for ongoing research projects with crops including hemp, hops, and switchgrass, and for a century-old yeast-extraction project that made worldwide news this winter, is in the media once again . “Laboratory Equipment Magazine” this month has published an interview of Drs. Lynda McMaster-Schuyler and Peiyu Zheng, shedding light on the trends, equipment, and scope of the College’s biotechnological work.

Among multiple subjects covered, Drs. McMaster-Schuyler and Zheng discuss the impact of climate on their research.

LE: How is climate change impacting your research?

PZ and LM-S: As climate change evolves and takes new forms, our research is adjusting to that evolution. No longer is climate change giving us abnormal conditions—it is now giving us extreme conditions. That forces us to take into account possibilities that 10 years ago may have been impossibilities. Our “drought-resistant” cultivars are becoming “heat-tolerant” cultivars, because with more and more likelihood a soy plant is going to need to tolerate a lifetime of heat rather than a season of drought. We also have an added awareness of the world’s continued population growth.

The complete interview is available here. *

*This link is no longer live