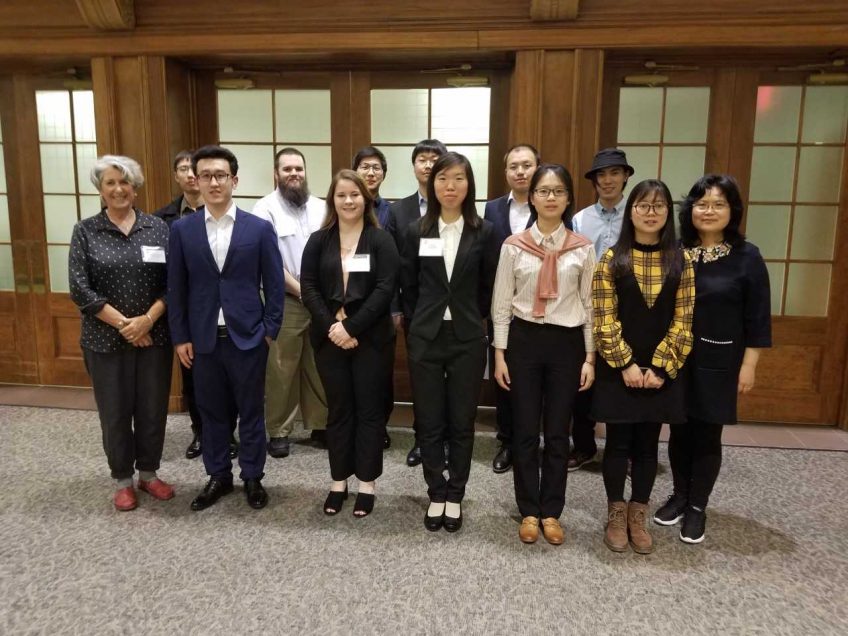 After a Year of Advancing Research, Biotechnology Students Debut Findings

This past weekend, 12 SUNY Cobleskill students in the College’s Biotechnology Program presented at the Northeast Section 2019 Meeting of the American Society of Plant Biologists, hosted by the University of New Hampshire. Students presented an array of research, on crops including switchgrass, hops, and hemp, and on their isolation of historic beer yeast.

Joined by Drs. Lynda McMaster-Schuyler and Peiyu Zheng, and with support from Provost Dr. Susan Zimmermann, SUNY Cobleskill represented the largest undergraduate contingent from an eight-state area. Research aimed at developing drought-tolerant and heat-resistant cultivars of crops, and yeast extraction projects, remain ongoing. The College’s Biotechnology Program has earned considerable press coverage this year, including for its efforts to extract yeast from a 133-year-old bottle of beer. Students are expected to present their findings at additional events this spring, including at SURC 2019, the SUNY Undergraduate Research Conference held later this month at SUNY Adirondack.