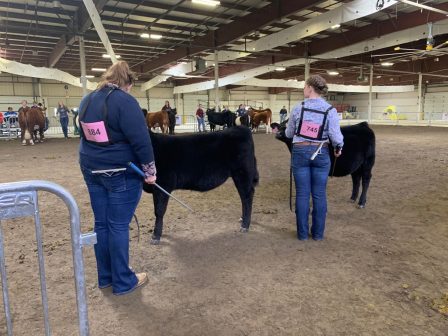 Just one week after a record-breaking Commencement Livestock Sale, in which total funds eclipsed $30,000, SUNY Cobleskill Block and Bridle Club members hit the road, to the Big East Youth & Jackpot Cattle Show at the Eastern States Exposition in West Springfield, Massachusetts. SUNY Cobleskill’s Melissa Keller and Emily Lynn competed in the Collegiate Showmanship competition and, against 14 showmen, finished in first and second place respectively. Keller and Lynn were the only two competitors from outside Massachusetts, making “The Big E” home away from home for the weekend.

Keller’s lead-up to the conclusion of the academic year includes being named President of the 2019-2020 SUNY Cobleskill Block and Bridle Officer Team, and presenting at the College’s Student Undergraduate Showcase. She is a member of this year’s SUNY Cobleskill NAMA team that once again competed at the organization’s national conference/competition in Missouri. 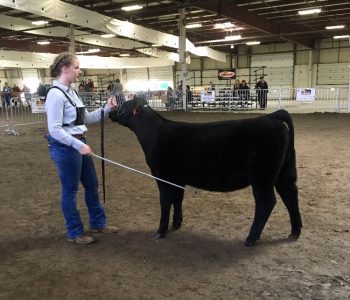 This is not Lynn’s first venture to the Big E. In September, she was among those from SUNY Cobleskill who attended the regional FFA livestock judging contest, where Coby students served as officials in the regional livestock career development event (CDE).

On behalf of SUNY Cobleskill, congratulations to Melissa and Emily on their championship and reserve championship in the Collegiate Showmanship competition!