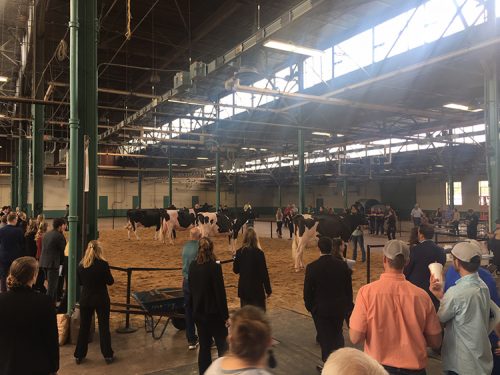 “It was fairly easy to predict the two-year college winner after the team that won four of the five breeds and reasons was announced. That honor went to New York’s SUNY Cobleskill.”

Led by team members Cassie Menendez, Angela George, Laura Littrell, and Bryce Windecker, SUNY Cobleskill was once again in the spotlight at the collegiate competition at the All-American Dairy Show Judging Contest, in Harrisburg, PA. Menendez won the competition’s reasons portion by eight points, and George also finished among the top competitors.

A full recap of the 56th All-American Dairy Show is up on “Hoard’s Dairyman.” On behalf of SUNY Cobleskill, congratulations to our team!