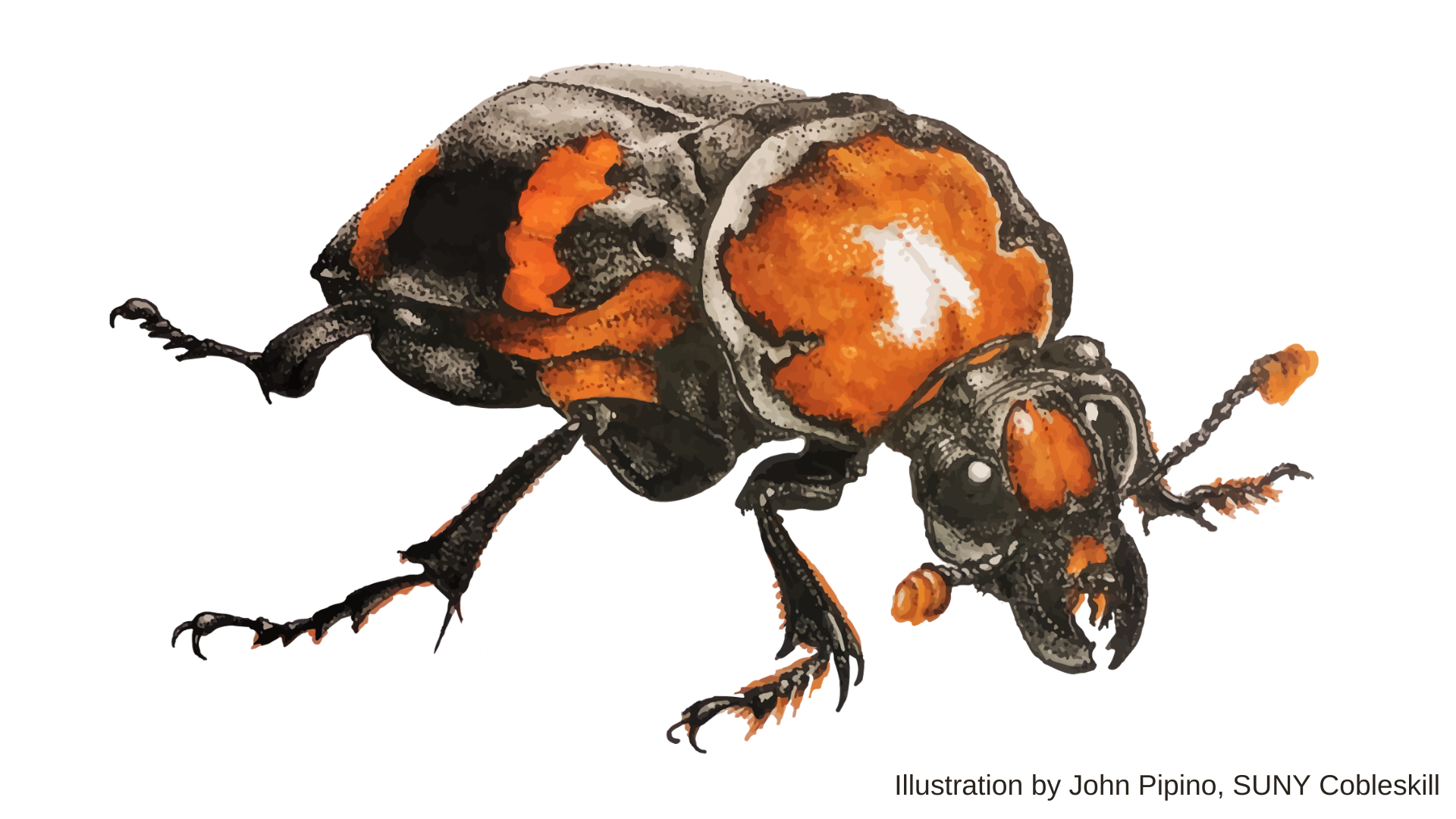 Communications & Marketing
In the Media
February 22, 2021

SUNY Cobleskill’s Environmental Management Program has been awarded $140,026 through the U.S. Fish and Wildlife Service’s Recovery Challenge Grant initiative to reintroduce the American burying beetle into suitable habitats in New York. The beetle was once abundant across much of the U.S., but, as of the early 1900s, was reduced to only a few isolated populations.

Dr. Carmen Greenwood and more than 40 students have spent the past five years surveying potential sites around central New York and the state’s Capital Region, studying them for suitability in supporting an American burying beetle population. Surveying involves researching and cataloging the area’s small mammal and insect populations to determine if the beetle can thrive in the environment with little to no change in the existing ecosystem.